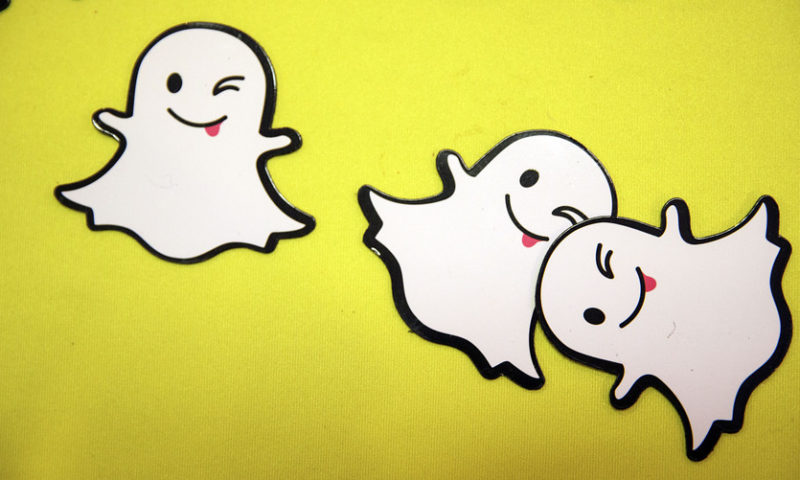 Snap Inc. shares rose Friday after the company announced new features for the Snapchat app at a Thursday partner event, but Morgan Stanley isn’t sure the latest additions will make any more money for the beleaguered social-media company.

Executives at Snap SNAP, +4.96%  showed off enhancements to the company’s augmented-reality, gaming, and content categories during Thursday’s event, as Snap looks to drive engagement on its platform and compete with Facebook Inc.’sFB, -0.17%  Instagram, which has copied some of its most popular features. Snap has struggled to grow users on Snapchat since its 2017 IPO, posting flat sequential growth in the December quarter after two periods of declines.

The company is rolling out the ability for users to play a variety of games with their friends from within Snapchat’s chat platform, making use of the company’s 2016 acquisition of Bitmoji, which allows for the creation of animated avatars. Snap also teased new original shows and integrations with third-party apps.

“These should create engagement opportunities, but material monetization of this new engagement is not as straightforward,” wrote Morgan Stanley’s Brian Nowak, who rates the stock at underweight with a $5.50 target.

Nowak is concerned that the games Snap announced don’t seem “turn-based,” which “could limit ad impression opportunities.” In games where one player makes a move and then another player follows, companies can naturally show ads after every move.

“The largest challenge here is often the ability to create scalable ad units that are not disruptive to the user experience,” Nowak wrote.

Snap also plans to make it easier for third-party apps like those from Netflix Inc.NFLX, -0.65% Fitbit Inc. FIT, +0.00% and PayPal Holdings Inc. PYPL, +1.22%  to integrate with the Snapchat platform, but Nowak sees monetization hurdles there as well. “We question the scalability of this third-party ad network,” he wrote, since the company will be going up against Alphabet Inc.’s GOOGL, -0.66%GOOG, -0.65%  Google and likely has to offer partners very attractive terms in order to be a viable competitor.

Nowak is more optimistic about the eight new original shows Snap discussed, writing that the company has been showing “budding success” with its six-second non-skippable ads and saw momentum for a few of its shows last year.

Barclays analyst Ross Sandler, however, has an upbeat view of the new features and their potential to drive revenue. “On the monetization front, King is using similar ‘reward ads’ (six second post-roll) and is generating between $0.30-$0.60 per [monthly active user], which we think Snap could handily exceed out of the gate given its strong ad stack,” he wrote.

Sandler’s “back-of-the-envelope” math suggests that if 87 million users try the gaming platform in the first year and if Snap can generate $1 per user, the product would add 4% to Snap’s revenue. He rates the stock at overweight with a $12 target.

Why the Fed will swat away Trump’s call for QE4