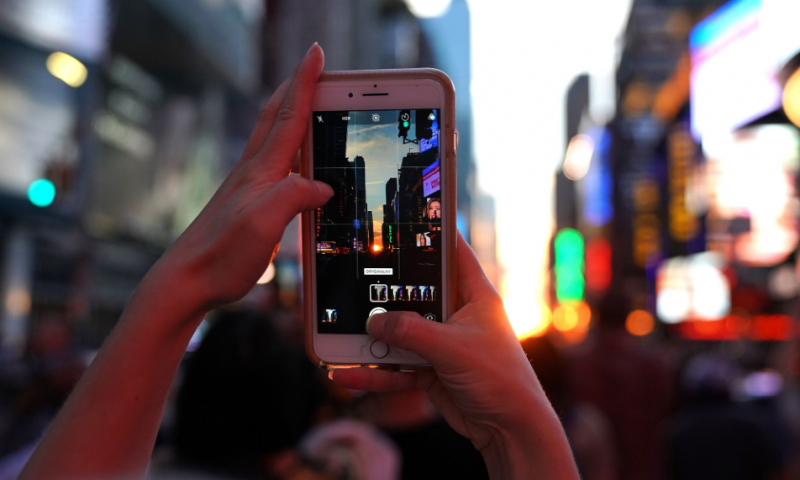 For companies such as Apple — for whom 17.5 percent of all iPhone sales come from China — the growing impasse in the trade war has only served to further threaten the smartphone market.

You can’t have a smartphone without a good touchscreen display. When the number of those displays heading out the door drops, there’s a good bet that there will be fewer phones on the market.

That’s exactly what’s happening now, according to data analysis company IHS Markit. Display shipments — an advanced sign of smartphone market trends, according to the firm — in the January through March 2019 quarter were down 20 percent from October through November 2018. A dip after the holiday season may not seem surprising, but there was also a 9 percent year-over-year slowdown. That’s going to continue, according to the firm, which forecast an 8 percent year-over-year drop in the second quarter followed by a 12 percent decline in the third.

The reasons include the realities of a maturing market, a pained global economy, and the impact of the escalating trade war between the United States and China. All are combining to weaken smartphone sales.

Smartphones have been a driving force in consumer electronics for years, usurping traditional phones, external cameras, personal digital assistants, GPS units, and other devices as they incorporated one feature after another.

A combination of sophistication and improved durability have taken their toll. “So much innovation has happened already, there comes a time when the marginal utility of more investment is not paying off as much,” said Johan Gott, a principal at management consulting firm A.T. Kearney. In non-business speak, people don’t buy the new version if there’s not enough value to spend the extra money, especially as prices of leading models top $1,000.

And money’s an issue with consumers. Tom Smythe, a professor of finance at Florida Gulf Coast University, recently bought an iPhone X, but only because it turned out to be the best deal when he switched carriers. “If it would have been even cheaper to port my existing phone, I probably would have done that,” he said.

“I think cellphones are somewhat more durable than they’ve been in the past,” Smythe said. “They’re not necessarily designing them for obsolescence in 18 to 24 months any more.” Hanging on to what you’ve already paid for become easier. There’s also the change in strategies of carriers. The wireless services no longer subsidize the cost of the phone to woo customers, so there’s no perceived savings, even though ultimately people paid the full price for the equipment, but through higher monthly bills.

Those factors would be enough to slow smartphone sales. Then came the U.S.-China trade war.

“What’s happening now as the trade war has escalated to high levels is that we’re really seeing technology companies in the crosshairs,” Gott said. The U.S. ban on buying from or selling to Chinese telecommunications electronics giant Huawei alone has had a significant impact. Memory maker Micron has stated that Huawei made up 13 percent of its sales; and chip company Broadcom, whose products are frequently the heart of these handheld computers, cut its 2019 revenue outlook by more than 8 percent.

Other firms, such as tech titan Apple, could suffer. The company has been getting a chilly reception in the Chinese market as a result. Technology market analyst firm Canalys said that Apple saw a year-over-year drop of 30 percent in sales to China from January through March, all while Huawei grew its market share there.

“Given that Apple is one of the largest cap companies in the world, people follow it,” said Smythe, meaning that any impact on sales in the second quarter — which won’t be released until July — could have a broader impact on tech sector stocks.

“In today’s environment, where we’re sort of nervous about what the impact of these trade wars might be, it might take on added significance than it might have five years ago. It adds to the pot of uncertainty that already exists.”

In other words, there may be a lot more at stake than how the smartphone manufacturers fare.