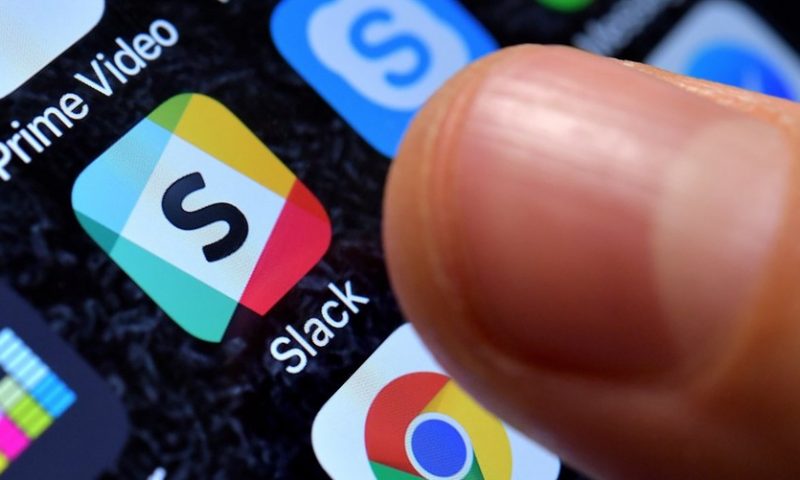 Slack Technologies Inc. easily beat the disappointing quarterly forecast it gave in its first earnings report as a public company Wednesday, but the company’s beleaguered stock struggled for direction in late trading.

Wednesday’s earnings report is the second from Slack since the company went public in the summer with a direct listing. Slack underwhelmed with its forecast for the quarter in September’s first foray into quarterly earnings, but handily beat its own predictions in the report while increasing its forecast for the full year.

Executives said that Slack signed more big-money deals, with 101 customers added in the quarter with more than $100,000 in annual recurring revenue, boosting the total of such clients to 821.

“We also exceeded 50 paid customers with greater than $1 million in annual recurring revenue for the first time, an indication that large enterprises are increasingly standardizing on Slack as their primary collaboration platform,” Chief Financial Officer Allen Shim said.

Slack’s stock has struggled since entering the public markets. The direct listing established a reference price of $26 a share and the stock began selling on the open market at $38.50, but shares have closed at $26 or higher only once in the past two months as the strength of competition from Microsoft Corp. MSFT, -0.01% has caused concerns.

Shares closed Wednesday with a 4% decline at $21.66, then fell about 6% in after-hours trading immediately following the release of the results. Shares bounced back later in the extended session, however, and were trading about 2% higher as the company’s conference call began at 2 p.m. Pacific. The stock has fallen more than 30% since its last earnings report, as the S&P 500 index SPX, -0.03% has gained 5.3%.

Slack also said that Chamath Palihapitiya is stepping down from its board of directors, and will be replaced by Michael McNamara, the chief executive of Flex Ltd. FLEX, -0.61% .