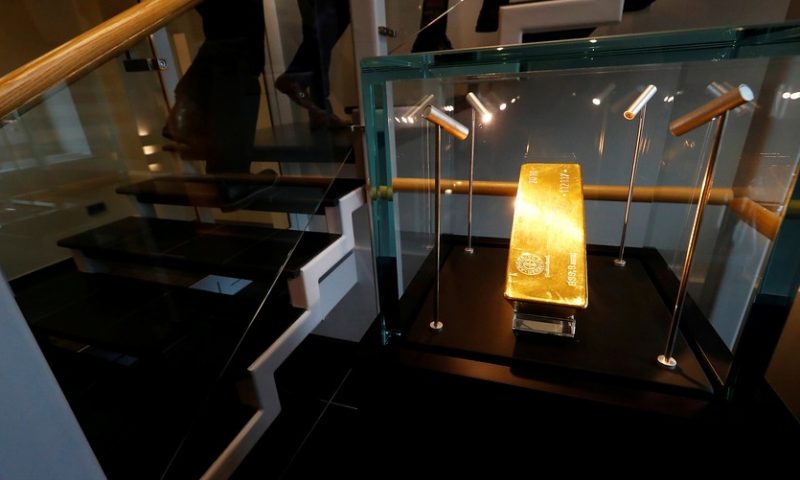 Gold and silver futures on Tuesday posted losses for a second straight session, with strength in the dollar and modest gains in the U.S. stock market pushing down prices for the precious metals after last week’s gains.

An upbeat economic reading added to the downbeat tone for haven metals.

U.S consumer confidence rising near 18-year highs “isn’t helping gold prices, but the real driver is inflation, or the lack of it,” said Adrian Ash, director of research at BullionVault.

Trading in other markets offered clues on the possible short-term fate for precious metals. The U.S. dollar DXY, -0.04% ticked higher Tuesday relative to its peers. The 10-year Treasury TMUBMUSD10Y, -0.93%  yield touched its lowest since October 2017. Gold and other commodities priced in dollars can be hurt by a firmer greenback, making them more expensive to users of other currencies, and vice versa. And, lower yields on bonds can be beneficial to assets like gold by reducing the opportunity cost of holding nonyielding metals.

“While bond prices are jumping and so yields are sinking on the market’s latest global slowdown fears, U.S. inflation expectations are collapsing, down to new 2019 lows of just 1.6% on 5-year breakeven rates,” Ash told MarketWatch.

Meanwhile, “risk-on” stocks also tend to move inversely to haven gold. After a mixed start, stocks were modestly higher as gold futures settled and the major indexes SPX, -0.84% remained solidly higher for the year to date but have retreated in May as U.S.-China trade tensions heated up.

President Donald Trump, speaking at a joint news conference Monday in Tokyo with Japanese Prime Minister Shinzo Abe, said the U.S. wasn’t ready to make a trade deal with China. Washington and Beijing have engaged in a round of tit-for-tat tariff escalations, while the Trump administration has moved to blacklist exports to Chinese technology firm Huawei, prompting threats of further retaliation by China.

Gold logged a 0.6% weekly rise through last Friday, but has turned lower by 0.6% month to date. Silver, tagged with both investing and industrial use, has exhibited greater volatility around the trade discussions; it added 1.2% for last week, though its monthly drop so far stands at about 4.4%.

He said bears are looking for confirmation of their stance with a close below the November low of $14.175. Initial support tests are expected at $14.25 and then at $14.175. Conversely, bulls would feel energized should the white metal pull above “solid” resistance at $15, according to Wyckoff, although minor resistance comes in first at $14.50, then last week’s high of $14.635.