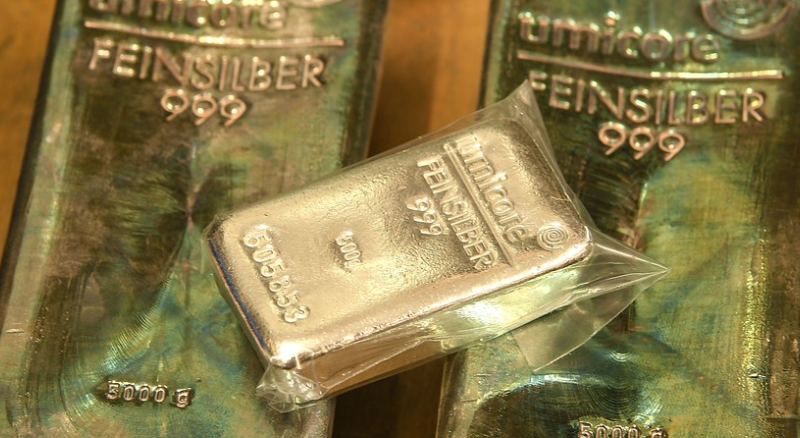 Silver futures marked a fifth straight day of gains session gain on Thursday, for their highest finish in more than a year.

Tight supply concerns, along with strength in gold, may help lift prices for silver back to levels not seen since 2016.

“We were overdue for a rally in silver as the gold/silver ratio was sitting near historic highs,” said Chris Gaffney, president of world markets at TIAA Bank. “In short, silver had some ‘catching up to do’ as it was left out of the overall rally in precious metals during the first half of 2019.”

Silver’s most-active September contract SIU19, +1.62% settled at $16.198 an ounce on Thursday, up 22.7 cents, or 1.4%, for the session, the highest finish June 29, 2018, according to Dow Jones Market Data. The precious metal posted gains in each of the previous four sessions and trades nearly 6% higher so far this month.

Year to date however, silver based on the most-active contracts have climbed by 4%, underperforming gold GCQ19, +1.09% which has seen an 11% rise so far this year. Palladium futures PAU19, +0.73% have also seen an impressive 26% year-to-date rise.

“Gold has a pretty good head start on silver during the first half of 2019,” said Gaffney, who does not expect silver to surpass gold’s overall performance in 2019. Silver, however, “will outperform gold over the remainder of the year,” he said.

The world’s silver miner, Fresnillo PLC FNLPF, -7.96% recently cut its output targets for this year. It expects to produce between 55 million ounces and 58 million ounces in 2019, down from previous expectations for a range of 58 million to 61 million ounces. That fed concerns over tighter supplies and helped to lift the price of silver, said Gaffney.

Meanwhile, the gold to silver ratio had been at an “extreme level from a historical perspective,” with silver lagging gold significantly for many years, said Peter Spina, president and chief executive officer of GoldSeek.com. The ratio was several ounces from the 100 mark which means that it would take 100 ounces of silver to buy an ounce of gold. On Thursday, the ratio was at about 88 ounces of silver to one ounce of gold.

Gold’s gains so far this year have helped to “light a spark under the silver price and with many primary silver producers struggling at mid-teens silver levels, years of underdevelopment from exploration cutbacks to abandoning projects has created a perfect storm for silver to now revive in a bit way,” said Spina.

Near-term the key for silver will be if gold breaks above $1,450 an ounce, and if gold moves to $1,500 and above, it will send silver up to test its next technical level around $20 an ounce, he said. Silver futures haven’t traded at levels that high since 2016.

The really big gains will be from the silver miners like First Majestic Silver Corp. AG, +6.55% and opportunities have been showing up in other small capitalization miners like Fortuna Silver Mines Inc. FSM, +3.87% and Endeavour Silver Corp. EXK, +9.13% said Spina, adding that he has “been accumulating many of these juniors over the past several months in anticipation of them doubling and much more as silver makes a move towards $20.”

He said gold and silver investors have not missed much of this rally, though in the short term the rally may be overextended when it comes to some miners. Over the coming months and year, however, Spina believes he sees “one of the best risk/reward [opportunities] in the gold/silver sector since I started buying juniors as a teenager, some 25-[plus] years ago.”

AMD stock falls after analyst says massive rally is over