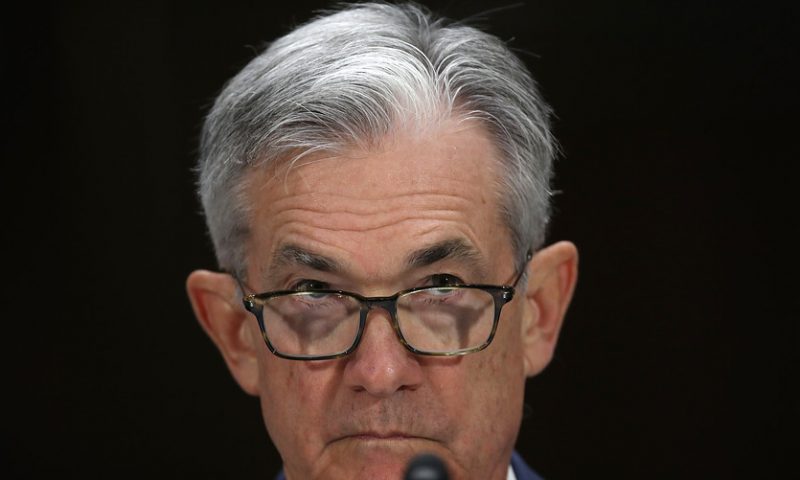 Powell may look to take markets by surprise

Investors cheered Federal Reserve Jerome Powell when he reinforced the market’s belief that the central bank will cut interest rates in July, and continue to ease policy further in the second half of the year, during two days of recent testimony before Congress

The news this week sent the Dow Jones Industrial Average DJIA, +0.90% the S&P 500 index SPX, +0.46% and the Nasdaq Composite index COMP, +0.59% to new highs, but stronger-than-expected U.S. inflation data and a spike in government bond yields in the last couple of days have market participants preparing for a wide range of outcomes in Fed policy over coming months.

Possibilities include a single 25 basis-point cut in the federal funds rate for the year at the next policy meeting in July, as well as a rare 50-basis point reduction later this month that kicks off several rounds of easing before the end of the year.

“I’m having a hard time figuring out why they’re planning to cut,” said Mark Stoeckle, CEO and senior portfolio manager at Adams Funds told MarketWatch, adding that his conversations with management have left them “cautiously optimistic” about the trajectory of the economy as benchmark stock indexes hit all-time high. This is not the traditional environment one expects to trigger interest-rate cuts.

Michael O’Rourke, chief market strategist at JonesTrading went as far as to call Powell’s testimony “surreal,” in a recent note to clients. “Unemployment is below the Fed’s maximum employment target, prices are as stable as they have ever been in the history of the country, and the yield on a 30-year Treasury yield is 50 basis points above its all-time low,” he wrote, arguing that the Fed is clearly achieving its mandate of maximum unemployment in the context of price stability.

Others say that a rate cut in such an environment is not as uncommon as one would think. Ryan Detrick, senior market strategist at LPL Financial pointed out on Twitter that since 1980, the Fed has cut rates 17 times when the S&P 500 was within 2% of all-time highs, with a rate cut in 1996 when it was literally at a record high.

Indeed, the late 1990s are a popular reference point for many analysts, with 1998 being a particularly apt comparison. Then, as today, the U.S. economy was beginning to feel the effects of a major economic slowdown in Asia, which back then was driven by the Asian financial crisis and culminated in the collapse of the hedge fund Long-Term Capital Management.

The 1998 crisis led to falling consumer confidence and tightening financial conditions. Following new stock market highs in July of 1998, stocks tumbled more than 18%. The Fed decided to cut rates three times, even though the jobs market was very strong, and GDP was growing by a gaudy 5.1% and 6.6% in the third and fourth quarters, respectively.

The cuts helped the stock market stage a quick turnaround, and equities continued to grind higher for roughly two more years, until the 2000 dot-com bubble burst, giving way to a multi-year bear market.

There’s even a belief out among investors that the Fed might opt for an unusual 50 basis-point cut at its next meeting ending July 31, with Fed funds futures markets placing a 23.5% chance of such a move as of Friday, up from just a 5.1% chance on July 5, according to CME Group.

“Historically the Fed has wanted shock and awe when they ease,” said Brent Schutte, chief investment strategist at Northwestern Mutual Wealth Management said in an interview. “ They’ve tried to exceed expectations when they ease” in order to maximize the effect on financial conditions and investor confidence.

“The case for a 50 basis point cut is consistent with academic research which says the closer you are to the neutral rate and the lower zero bound, the earlier you should act and the bigger the move should be,” Frances Donald, chief economist at Manulife Investment Management told MarketWatch.

At the same time, public statements from Fed officials like Atlanta Fed president Raphael Bostic and Richmond Fed president Thomas Barkin, both non-voting members of the Fed’s interest-rate setting committee, reminded investors that there’s a minority contingent of Fed officials who don’t think the economy needs even one rate cut this year. “A 50 basis-point cut would require a substantially more dovish outlook from the committee. That seems politically unlikely within those four walls,” Donald said.

The coming week will provide investors with a bevy of new data to parse that will surely factor into the Federal Reserve’s thinking. On Tuesday, U.S. retail sales figures for June will be released, along with data on import price inflation, industrial production and business inventories.

On Wednesday, the Commerce Department will issue estimates for new housing starts and building permits for June. Thursday will feature weekly jobless claims and the Conference Board’s index of leading economic indicators and Friday will bring a fresh reading of the University of Michgans’s consumer sentiment index.

Amazon is spending $700 million retraining workers, but critics say it should attend to other housekeeping duties first