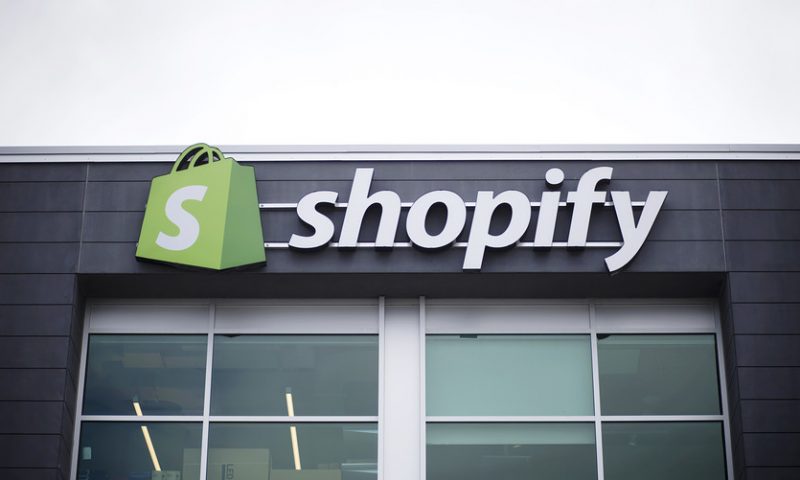 Shares of Shopify Inc. were up 9% in Thursday morning trading after the e-commerce company delivered an upbeat earnings report and outlook powered by strong growth in its merchant base.

Chief Operating Officer Harley Finkelstein told MarketWatch that the results were validation that the company is no longer being viewed as just a software platform for e-commerce providers or physical retailers but rather “the first global retail operating system.”

The company cheered the early interest in its Shopify Fulfillment Network, an option that will allow Shopify retailers to have their orders handled by a network of fulfillment centers while still ensuring that customer packages will bear the retailer’s branding, not Shopify’s SHOP, +7.40%. Executives announced the feature in June, and the company said it has since received “an incredible amount of interest that has exceeded our expectations.”

Finkelstein told MarketWatch that Shopify’s stores, in aggregate, would constitute the third-largest e-commerce retailer in the country, which allows Shopify to “distribute economies of scale to more than 800,000 small businesses.” The company may accelerate its spending on the program to open up early access for the feature to more businesses than originally intended.

Shopify continues to invest in the business and recorded a second-quarter net loss of $28.7 million, or 26 cents a share, compared with a loss of $24 million, or 23 cents, in the year-earlier period. But the company beat by a sizable margin on an adjusted basis, posting earnings per share of 14 cents, up from 2 cents a year earlier. Analysts surveyed by FactSet had been modeling 3 cents in adjusted EPS.

Shopify’s revenue climbed to $362 million from $245 million and came in ahead of the FactSet consensus, which called for $350 million. Gross merchandise volume (GMV) increased by 51% to $13.8 billion while gross payments volume jumped to $5.8 billion and came to account for 42% of Shopify’s GMV processed in the period.

The company is optimistic in thinking about the remainder of the year. For the third quarter, Shopify expects revenue of $377 million to $382 million. Analysts were modeling $374 million. The company’s full-year outlook calls for $1.51 billion to $1.53 billion in revenue, whereas analysts expect $1.51 billion. Shopify’s prior full-year forecast was for $1.48 billion to $1.50 billion in revenue.