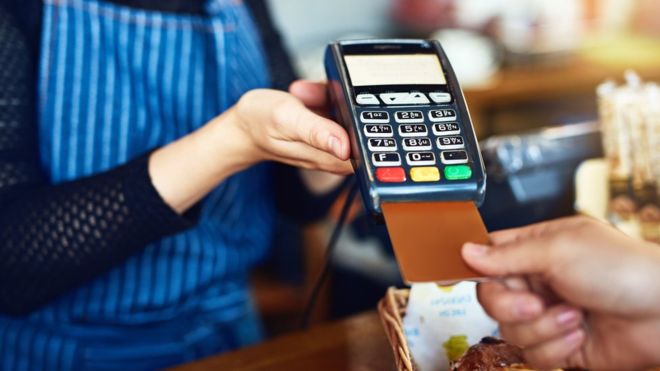 Scottish businesses are concerned about rising prices after Brexit, labour shortages and the loss of European funding, a new study has found.

They told consultants that Britain’s departure from the European Union poses risks to competitiveness, profitability and, in some cases, firms’ viability.

The concerns were highlighted during a Scottish government consultation.

Only one in 12 of the companies that took part last autumn said they were fully prepared.

Nearly three-quarters said they had taken some steps to prepare and one in six reported they did not feel ready at all.

It offers the most detailed analysis yet of the implications of Brexit for Scottish business, while also offering ideas on how they could seize opportunities that arise.

It found, between September and November, that the sectors most vulnerable to new barriers to trade with Europe are food and drink, chemicals, life sciences and other manufacturing.

The same sectors, plus creative industries, emphasised the importance of retaining alignment of the regulations that govern trade between European countries.

In life sciences, one clinical trials company “indicated they may consider relocating labs to the EU”.

For food and drink, and for the energy sector, representatives highlighted the risk of higher consumer prices.

Tariffs would also price some exporters out of the market. The instance of seed potatoes was highlighted, representing half of the potato harvest and with the potential to earn up to £100m per year.

Seed potatoes would carry a 40% tariff if there is no deal on Brexit, and the report says Dutch firms are “anecdotally, ready to fill in lost supply from Scotland”.

The chemicals sector faces tariffs of up to 4%. With low margins, companies clustered around Grangemouth said they risked losing out to more competitively-priced EU rivals.

Concerns about being able to recruit people with the right skills were raised most strongly in the food and drink sector, financial services, life sciences and creative sectors.

One company said it was already operating below capacity because it could not recruit enough workers to staff its production lines, and it told the consultants it was considering the option of opening up an overseas factory.

While many of the concerns are shared with businesses in other parts of the UK, specific risks were raised about the nature of Scotland’s private sector, including smaller Scottish-based firms, and the logistical challenges of trading in goods at a greater distance than the rest of the UK from European markets.

In finance, chemicals, life sciences and creative industries, the report highlighted concerns that they thrive where there are clusters of firms, and that the loss of some activity as a result of Brexit may undermine the wider cluster.

Scotland’s construction industry was found to be less dependent on EU nationals to work in it. But the report suggested that a shortage of construction workers in England would push up wages throughout Britain, particularly as major infrastructure projects – for railways and nuclear power – are under way in England.

The EY report also highlighted a risk to the Scottish economy if there is a drop in foreign investment in the country. It has been important to growth and productivity in recent decades.

Conversely, a weakening of the pound sterling could make Britain more attractive to inward investors.

There are potential upsides to disruption of trade with the EU, however. The report suggests that Scottish companies could take advantage of reduced imports to substitute for them – with more diverse food production, for instance.

That “import substitution” effect is also suggested in the renewable energy industry, in which much of the equipment is manufactured overseas. Few turbines are made in Scotland, despite strong hopes there would be several factories making them.

EY also recommended that businesses needed to review their recruitment plans, and could do more to recruit women, the elderly, the disabled and people from ethnic minorities.

It suggested companies should review their financing ahead of Brexit, in case delays mean cash flow problems. It also said the Scottish government should engage with banks, encouraging them to relax credit requirements on smaller companies through Brexit.

And it said port and rail companies should work with the Scottish government, to identify ways that direct links across the North Sea could by-pass blockages at English Channel ports, with the potential to open up more direct trade links.

Commenting on the report, Derek Mackay, the Scottish economy secretary, said: “It captures the authentic voice of Scottish business and offers further evidence of the severe and disproportionate impacts that a no-deal outcome would have in Scotland.

“Many businesses highlighted the risks to their competitiveness and profitability, some were worried about future viability and a number are already reporting negative impacts on investment, the costs associated with planning for Brexit and recruitment of staff.

“On top of the damage it is clearly causing to Scottish businesses, Brexit, in whatever form, will cost jobs, make people poorer, damage our society and undermine the democratic decision of the people of Scotland to remain in the European Union.

“The UK government must now take urgent steps to rule out a no-deal Brexit, which threatens to have devastating consequences for jobs, businesses and communities, extend the Article 50 process and hold a second referendum on EU membership.”