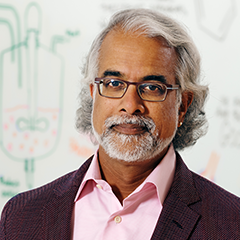 Tony Kingsley is out as Scholar Rock CEO nearly a year to the day since starting in the role on August 1, 2020.

The short-lived stint seems to be a recurring theme for the biotech executive. His abrupt departure, also from the board, seemingly did not sit well with investors, as Scholar Rock’s shares dipped roughly 15% to $29.28 apiece as of 11:39 a.m. ET Tuesday.

Kingsley had previously been CEO and president of Taris Bio, now a Johnson & Johnson company, for about a year. Prior to that, he was president and chief operating officer of The Medicines Company, now owned by Novartis, for a little under two years.

Now, founding CEO Nagesh Mahanthappa, Ph.D., is responsible for the role he gave up just last August. He’ll step into the position for an interim phase as Scholar Rock nears a phase 3 trial of its drug apitegromab for spinal muscular atrophy. That trial is slated to begin before year’s end, the company said when it presented phase 2 data in June.

Scholar Rock maintained that Kingsley’s exit won’t impact the company’s pipeline. For his part, Kingsley said he is proud of what was achieved during his year and that he’ll “look forward to watching” Scholar Rock’s success.

“We have great confidence in Scholar Rock’s ability to continue to execute on its operating plans and believe Nagesh’s extensive experience, and deep knowledge of Scholar Rock’s innovative science and clinical programs, will ensure a smooth transition of leadership,” said Chairman David Hallal in a statement.

With $3.2B, Sanofi takes in mRNA partner Translate Bio in buyout deal