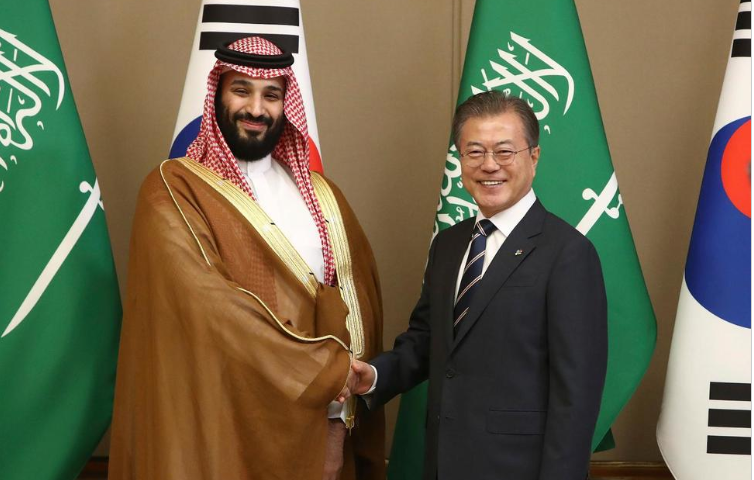 Moon and the Saudi prince also called for international efforts to secure safety at the Strait of Hormuz, where the U.S. has blamed Iran for mysterious explosions targeting oil tankers, Moon’s office said after the meeting at Seoul’s presidential Blue House.

Tehran denied involvement in the attacks, which raised concerns among Asian countries of potential supply disruptions. South Korea gets more than 70% of its crude oil from the Middle East and most of the supplies flow through the strait.

South Korea is the world’s fifth largest importer of crude oil and Saudi Arabia has been its biggest supplier. South Korea imported nearly 101.5 million barrels of crude from Saudi Arabia from January to April, according to the state-run Korea National Oil Corp.

Prince Mohammed’s visit came a week after a United Nations independent investigator called for him to be investigated over the death of dissident journalist Jamal Khashoggi last October.

Following a monthslong inquiry, Agnes Callamard, the U.N. special rapporteur on extrajudicial, summary or arbitrary executions, said she concluded that Khashoggi was a victim of a “deliberate, premeditated execution, an extrajudicial killing for which the state of Saudi Arabia is responsible.”