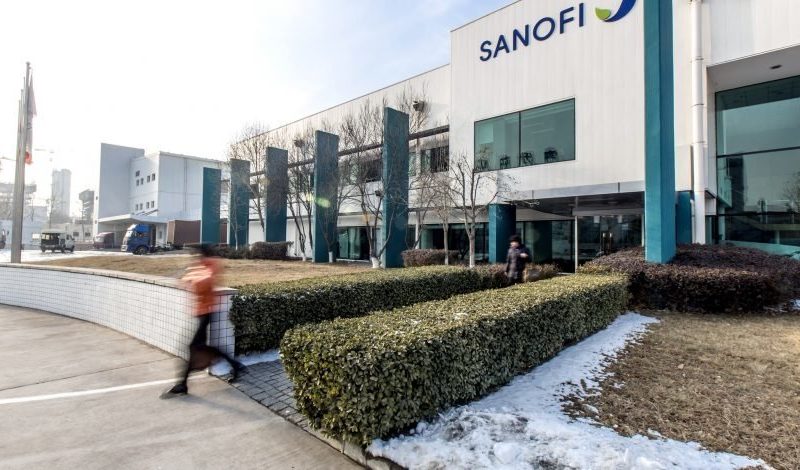 Sanofi has big dreams for rilzabrutinib in diseases ranging from atopic dermatitis to asthma, but up first for the potential blockbuster is a phase 2 read out for the rare skin disease pemphigus vulgaris.

Rilzabrutinib was found to reduce steroid use and improve the quality of life in patients with the disorder, which can cause painful skin blisters and infections, in a midstage clinical trial called Believe. Sanofi presented the data during a late-breaking abstract at the American Academy of Dermatology (AAD) meeting April 23. The drug managed to reduce the severity of lesions at the 12 week and 24 week mark and led to a reduction in steroid use at 12 weeks.

“It’s a great disease to understand how this drug might work, but also in the fact that the disease is very severe, very impactful for patients and there’s a high unmet need,” said Naimish Patel, Sanofi’s head of global development, immunology and inflammation, in an interview. “Both of those things make it a really great disease to start with.”

Patients with the skin disease have limited options but are typically treated with steroids and/or Rituxan, made by Genentech and Biogen. Rituxan takes some time to kick in, according to Patel, and steroids can have debilitating side effects and cause other health problems. The market needs a treatment that can bridge the Rituxan gap and wean patients off steroids sooner, and Sanofi is hoping rilzabrutinib will fit right in.

Sanofi picked up the BTK inhibitor in the $3.7 billion acquisition of Principia Biopharma in 2020, a unit now known as Principia Sanofi. Its team develops small molecules that bind to two proteins, ensuring that the medicine only binds to the BTK protein and not others. In plain English, that means they have fewer side effects. Earlier BTK inhibitors caused liver toxicity, abnormal heart rhythms and low platelets, and were typically developed for lymphoma or leukemia. With fewer side effects, Sanofi could develop the drug for less severe diseases that also have a high unmet need.

“It’s certainly a different area in oncology where you might be able to accept side effects like that, because the benefits of the drug is so great,” Patel said. “But as we’ve developed better BTK inhibitors we’ve been able to develop drugs that are just much more specific to BTK.”

The pemphigus vulgaris indication is something of a testing ground for Sanofi, which is eyeing more lucrative indications with larger patient populations. Pemphigus occurs in an estimated 0.1 to 2.7 people per 100,000 worldwide, according to the International Pemphigus and Pemphigoid Foundation.

The French drugmaker’s biggest molecule in immunology—and the leading seller for the entire company—is Dupixent, which brought in €3.5 billion ($4.2 billion) globally in 2020. The drug is delivered through subcutaneous injection, which can scare off some people.

“There’s this range of patients who have poorly controlled disease in [atopic dermatitis] and asthma that aren’t quite ready to take an injectable biologic yet, but their disease still isn’t well controlled,” Patel said.

Rilzabrutinib, which is delivered orally, is looking to fill that sweet spot. “We see this as a potential pipeline-in-a-product,” Patel said, with multiple indications in respiratory, dermatology and rheumatology.

The drug is also being tested in a phase 2 clinical trial for thrombocytopenia for patients who have already failed six other types of treatment. Patel said the trial has already shown that a significant number of patients responded to the drug with an increase in platelet counts.

Another indication being explored in a small phase 2 trial is IgG4-related disease, which can cause chronic inflammation in the organs and other areas of the body.

“It’s a really exciting time for this molecule and we’re just beginning to scratch the surface on its potential,” Patel said.

Further planning is underway to kick off mid-stage trials for rilzabrutinib in atopic dermatitis, asthma and chronic spontaneous urticaria.

A phase 3 trial in pemphigus is enrolling now, with read out expected in the second half of the year. Regulatory submission will follow in the first half of 2022, according to Patel.

Sanofi’s rilzabrutinib will go head-to-head with Argenx, which has a candidate called efgartigimod in late-stage trials for a range of autoimmune conditions, including pemphigus and thrombocytopenia.