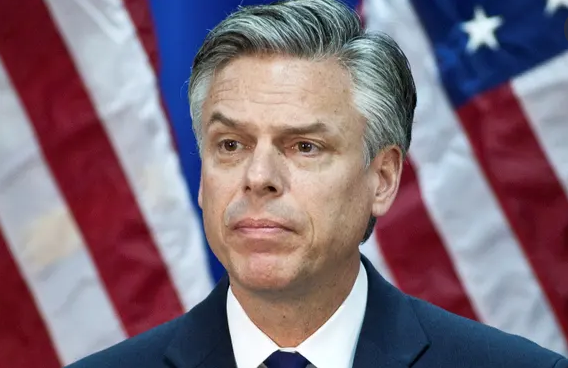 Staff say decision is ‘blowback’ as a result of worsening relations with US.

Russia has denied visas to teachers of the Anglo-American school in Moscow, in a move described by one teacher as “blowback” over worsening US-Russian relations.

The US ambassador, Jon Huntsman, called the decision to deny visas to 30 teachers at the Anglo-American school “unfortunate” and said it would “affect over 1,100 students and their families, who represent over 60 countries, including Russia”. The day school is popular among the children of western diplomats and businessmen.

“Children should not be used as pawns in diplomatic disputes,” Huntsman said.

The school appears to be the latest victim in a tit-for-tat of embassy closures and expulsions, which began after the US accused Russia of interfering in the 2016 presidential election.

Russia disputed the report, calling the statement by Huntsman an “open lie”. The foreign ministry did not dispute that Russia had blocked the visas but said US authorities had been misclassifying the teachers as embassy employees.

“Teachers in the American school are sent to Russia as embassy employees with diplomatic passports, although the school is a commercial enterprise,” the foreign ministry said, according to Russian state media. “The US government, clearly, has specially created a dead-end situation to invent its latest scandal, of which its citizens have become hostages.”

It is not the first time the Anglo-American school has been targeted. In 2018, city officials in St Petersburg informed the school it would have to vacate its building within a matter of days. The school served 140 children in the city.

US and British consulates in St Petersburg were closed earlier that year. The US has shuttered Russian consulates in Seattle and San Francisco, and ordered Russia to vacate several diplomatic annex buildings in New York and Washington DC.

A teacher at the school said staff were not surprised by the visa troubles and they had been expecting “blowback” as a result of the chill in US-Russian relations. “It isn’t coming as a total surprise to anyone. We can all see how tense it is,” said the teacher, who asked not to be named because he had been told not to speak to the media.

Founded in 1949, the Anglo-American school was chartered by the American, British and Canadian embassies and has educated generations of English-speaking children since the cold war. Its campus is located in north-west Moscow by a community sometimes called the “American settlement”.

The 30 teachers make up an estimated one-fifth of the teaching staff, and the embassy said some students may be disenrolled as a result.