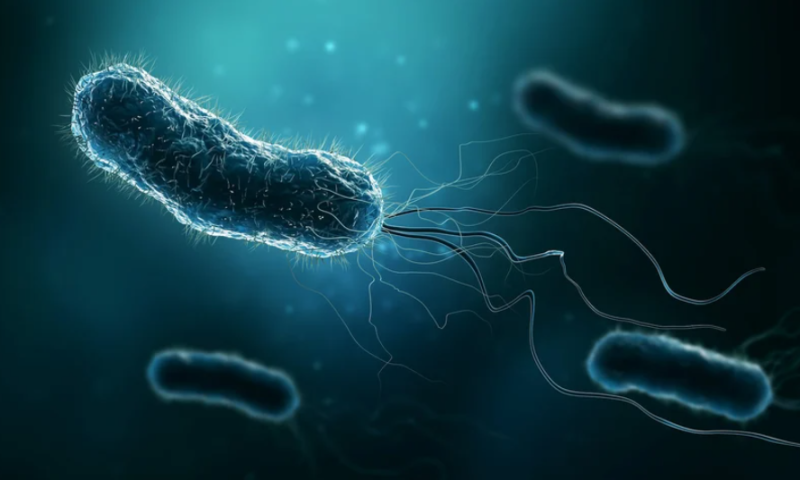 Sometimes, finding out that an enzyme doesn’t work the way you thought it did means you have to go back to the drawing board. Then there are times when it turns out to be a fortuitous discovery that could pave the way for treatments for one of medicine’s most challenging conditions—in this case, sepsis. The dangerous inflammatory response most frequently arises from a bacterial infection entering the bloodstream and spreading throughout the body.

Despite affecting a full third of patients who die in the hospital, according to the U.S. Centers for Disease Control and Prevention, it’s still not clear exactly how or why sepsis develops. But thanks to some unexpected research results that challenge previous thinking about a key immune response enzyme, scientists may have homed in on a new treatment target for the condition—and, potentially, a new use for an experimental cancer drug.

In a study published Wednesday in Science Translational Medicine, a team of scientists led by researchers at the University of Texas Southwestern Medical Center reported on their findings that the enzyme aconitate decarboxylase 1, or ACOD1, appears to trigger the inflammatory cascade that leads to sepsis. Further work in septic mice showed that Merck & Co.’s experimental cancer drug dinaciclib reversed inflammation and even prevented death. This suggests that ACOD1 plays a dual pro- and anti-inflammatory role in immunity, presenting a complicated puzzle that will require more work to piece together.

These results weren’t what the team was expecting when they set out to find potential drug targets for sepsis, Daolin Tang, M.D., Ph.D., co-corresponding author and director of the Center for DAMP Biology at UT Southwestern, told Fierce Biotech Research in an email. The scientific consensus prior to the study was that ACOD1 had anti-inflammatory activity, as it catalyzes the production of an anti-inflammatory molecule called itaconate. The enzyme’s effects independent of itaconate weren’t entirely clear, however, and when the team performed whole-genome sequencing on cells without the gene that encodes for ACOD1, they realized its function was much more complex.

“We found that many infection-related inflammatory pathways were significantly shut down or down-regulated, rather than significantly up-regulated, following ACOD1 deletion,” Tang explained.

Cell studies revealed a pathway leading to ACOD1’s inflammatory activity: The presence of bacterial toxins activates cyclin-dependent kinase 2, or CDK2, which through the transcription factor JUN ups the expression of ACOD1 in immune cells. From there, ACOD1 forms a complex with another protein, GIMAP7, which leads to increased inflammation via pathways that were already known to be turned on during bacterial infection. These pathways were activated regardless of whether itaconate was produced, suggesting that ACOD1 on its own is pro-inflammatory under certain conditions.

Follow-up studies in mice corroborated ACOD1’s role in driving sepsis. When the researchers induced the condition in mice without the genes for immune cell production of CDK2, ACOD1 and both enzymes together, they found that the experimental mice had significantly higher rates of survival and lower systemic inflammation than the wildtype controls.

The researchers confirmed the mechanism in humans by analyzing the blood of 40 patients who had previously had sepsis to varying degrees of severity. They found that samples from those who had died or had advanced symptoms expressed more CDK2 and ACOD1 mRNA than those who survived, in addition to having higher levels of circulating inflammatory markers.

The team opted to test dinaciclib, a cyclin-dependent kinase inhibitor that acts on CDK2, in mice after finding that it lowered ACOD1 activity in rounds of dose-dependent drug screening assays in cells. The researchers found that the drug reduced inflammation and improved survival, both with and without additional antibiotics.

Now that the researchers know the CDK2-ACOD1 pathway has a role in driving sepsis, they want to figure out more precise ways to target it. Complicating the picture is ACOD1’s dual function in immunity: It both promotes inflammation as well as inhibits it by catalyzing itaconate. To address this, the team plans to look more closely at the protein with which ACOD1 forms a complex, GIMAP7.

As for dinaciclib, clinical trials will be needed to assess whether it’s truly a viable candidate for treating sepsis in humans. The FDA granted it orphan-drug status in 2011, and the drug is in phase 2 and 3 trials for several cancers.

Notably, dinaciclib is not the first cancer drug to have shown some efficacy against sepsis. Tang’s lab found in earlier research that ceritinib, the active ingredient in Novartis’ anaplastic lymphoma kinase inhibitor used in metastatic non-small cell lung cancer, also was protective against sepsis in mice. Another team found similar protective effects in topoisomerase I inhibitor camptothecin. These results point toward a shared mechanistic link between sepsis and cancer, the study noted—perhaps an immune imbalance that drives disease processes.

In addition, if CDK2 and ACOD1 are further implicated in sepsis development, other drugs within the CDK inhibitor class might also be worth investigating. In their drug screening analysis, the researchers found 14 CDK inhibitors that halted bacterial toxin-induced ACOD1 activity. Because any one drug alone likely won’t be enough to reverse the wide-ranging effects of sepsis entirely, anticoagulants will also be needed for optimal results, Tang said.