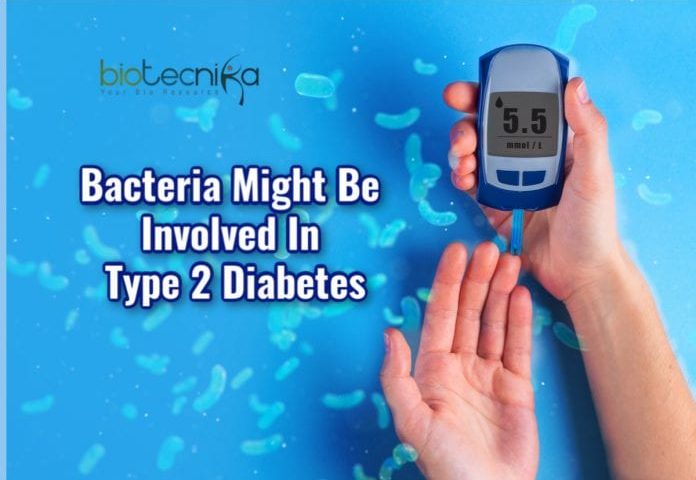 Bacteria May Cause Diabetes 2 – Says, Scientists

According to a study published today in Nature Metabolism by researchers from McMaster University, Université Laval, and the Québec Heart and Lung Institute (IUCPQ), bacteria may be involved in the development of type 2 diabetes

Researchers found a different bacterial signature in the liver, blood and abdominal fat deposits of diabetic patients than non-diabetics.

Tissue and blood samples from 40 patients suffering from obesity were taken during bariatric surgery to demonstrate this new finding. Among them, half of the patients were diabetic while the other half had insulin resistance without being diabetic.

Researchers analyzed the genetic material of bacteria present in these tissue samples from the abdomen and liver and determined the bacterial signature of each tissue.

And the analysis revealed that the bacterial signature in diabetics differed from that of non-diabetics. The total number of bacteria was different in each tissue, liver and greater omentum (a fatty tissue connecting the stomach and the transverse colon) having the highest number.

André Marette, lead author and professor at Université Laval’s Faculty of Medicine and researcher at the IUCPQ research center said the findings suggested bacteria or fragments of bacteria are associated with the development of type 2 diabetes in patients suffering from severe obesity.

The bacterial genetic material detected in the tissues most likely comes from the intestine, claimed researchers. Professor Marette reminded that in obese patients, the intestinal barrier is more permeable.

According to the study, bacterial fragments and living bacteria cross this intestinal barrier and set off an inflammatory process that would prevent the functioning of insulin to regulate glucose levels in the blood.

Rather than knowing the names of bacteria, their location provides clues on how they influence host metabolism, said Fernando Forato Anhê, an author on the paper.

The Canadian Institutes of Health Research granted a $2 million funding to Professor Marette and his collaborators to pursue further research.

The team’s next objective is to find if these bacteria present in severely obese people are also present in moderately obese and overweight people. They also want to check if certain pathogenic bacteria can cause type 2 diabetes in animal models. Finally, they want to find if some bacteria can be used to prevent type 2 diabetes. If so, it could lead to the development of bacteria-based treatments against diabetes 2.