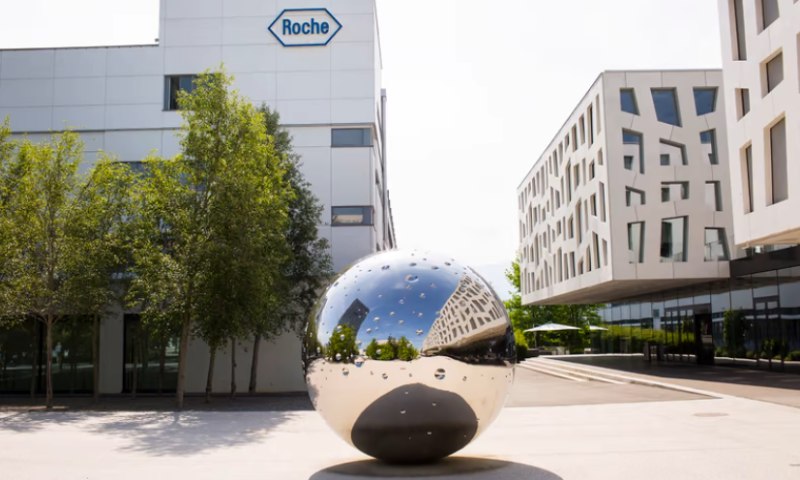 Roche is joining AstraZeneca, Bayer, Merck KGaA and more in a synthetic lethality race, paying Repare Therapeutics $125 million upfront for an ATR inhibitor with monotherapy and combination applications in indications such as ovarian cancer.

Repare’s own program includes studies of camonsertib as a monotherapy and in combination with PARP inhibitors and chemotherapy. With Repare seeing opportunities to pair camonsertib with radiotherapy, immunotherapy and more, it decided to partner up to fully explore the potential of the candidate.

“We saw a really rich opportunity set with camonsertib clinically. And while our balance sheet was strong yesterday, there’s a question of whether we could have been as ambitious as we wanted to, in this capital markets context, and kept our pedal to the metal on the rest of the portfolio for a long period of time,” Repare CEO Lloyd Segal told investors on a conference call to discuss the deal.

Roche is paying $125 million upfront and committing up to $1.2 billion in milestones for a global license to the asset. The milestones include $55 million in paydays tied to clinical events that Repare thinks may be paid within a year of the deal closing. Repare can opt in to 50/50 co-development in the U.S.

In Roche, Repare has found a partner that lacks a PARP inhibitor but has the precision oncology chops to build on the progress of camonsertib to date, plus a broad oncology portfolio that could contain other combination opportunities. Neither party has disclosed the plan for further development of the asset, although some events, such as PARP combination data expected later this year, are already set in stone.

The deal extends Repare’s cash runway by two years, giving the Canadian biotech enough funds to keep going into 2026. In extending its runway, Repare has secured the resources to fund earlier-stage assets, notably its phase 1 PKMYT1 inhibitor RP-6306 and preclinical Polθ inhibitor, that may have been held back if the company had needed to focus its cash on a broad suite of camonsertib clinical trials.

Shares in Repare rose 20% to above $10 in after-hours trading.

From Big Pharma to little Tessera, Michael Severino rewrites his next chapter as CEO of Flagship biotech