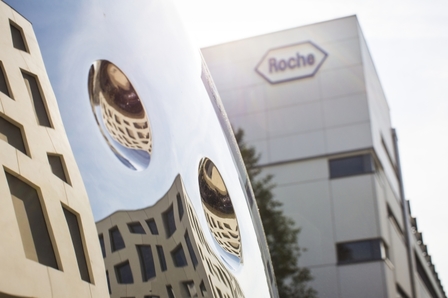 Roche has won what it describes as the first FDA approval for a companion diagnostic test to help identify women with endometrial cancer that may benefit from immunotherapy.

While endometrial tumors are the most common gynecologic cancers in the U.S., and most are diagnosed in their early stages, treatment options have been limited after first-line chemotherapy.

Roche’s Ventana MMR RxDx Panel helps spot the 25% to 30% of these patients whose disease is considered mismatch repair deficient—where tumor cells have genetic mutations that hinder their ability to correct errors in the DNA code. MMR deficiency can affect many cancers, but it’s most common in endometrial cancer, Roche said.

GSK’s Jemperli (dostarlimab) aims to treat MMR-deficient endometrial tumors by blocking the pathways that cancer cells use to defend themselves against the immune system. Though not all patients respond to this type of checkpoint inhibitor, companion diagnostics are used to help predict potential success.

The drug snagged an accelerated approval after manufacturing inspections were delayed by COVID-19 restrictions. Picked up in its $5.1 billion buyout of Tesaro, Jemperli is also under study in non-small cell lung cancer, ovarian cancer and other MMR-deficient solid tumors.

The fully automated Ventana panel, meanwhile, previously received an FDA clearance for determining MMR status in patients with colorectal cancer, as well as the risk of hereditary Lynch syndrome, by examining a series of related biomarkers and proteins with immunohistochemistry tests.