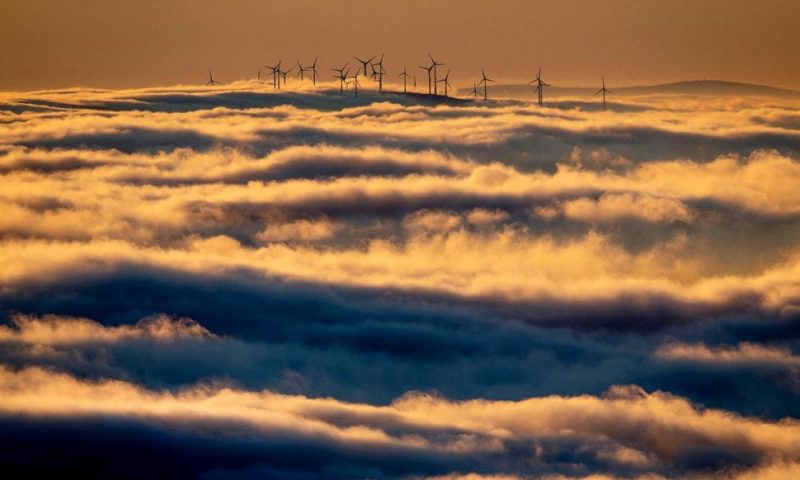 A report released Tuesday by the think tank Agora Energiewende found that emissions fell by 6.5% in 2019 compared with the previous year — equivalent to 50 million tons of carbon dioxide.

Energy from renewable sources also hit a new high in 2019, meeting 42.6% of gross energy consumption in Germany compared with 38.2% the previous year.

Germany had been predicted to miss its 2020 target for cutting greenhouse gas emissions by 40% compared with 1990-levels, to just over 750 million tons of carbon dioxide. The latest figures show Germany’s emissions reached 811 million tons in 2019 – amounting to a 35% drop since 1990 – and a similar decline over the coming year could put Europe’s biggest economy back on track to meet its short-term target.

Climate change has become a big political issue in Germany in recent years, but efforts to move the country with its entrenched car culture and heavy industry away from fossil fuels have hit numerous bumps.

The report’s authors said emissions from heating and transport increased last year, partly due to the growing use of fuel-hungry SUVs.

They also noted that the rise in wind power energy slumped in 2019 amid a lack of available space for new turbines. The authors said the government needs to swiftly resolve a political dispute around rules for erecting wind turbines if the country is to achieve itsmedium-term goal of cutting emissions by 55% by 2030 and compensate for the plannedshutdown of its nuclear plantsin 2022.

Environmental campaigners say Germany’s current goals – even if they are met – aren’t ambitious enough to achieve the goal of capping global warming at 1.5 degrees Celsius (2.7 Fahrenheit) as set out in the 2015 Paris climate accord.

Pressure group German Zero said Germany can only release another 3.1 gigatons of CO2 – about four times its current annual emissions – before its share of the global ‘carbon budget’ is used up.

In order to achieve the less ambitious goal of keeping temperatures rises below 2 C (3.6 F) Germany would have a budget of 8.6 gigatons left, giving the country less than than 11 years of emissions at current levels.

US Services Firms Grew at a Faster Pace Last Month