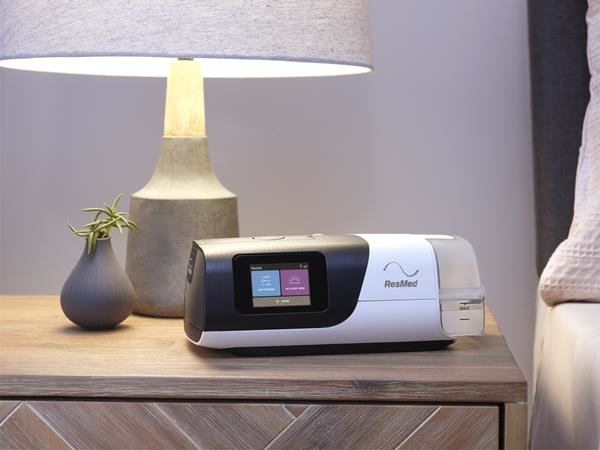 After Philips issued a recall in mid-June of nearly two dozen models of its continuous and noncontinuous ventilators, ResMed has eagerly stepped up to fill in the market gap left by Philips’ absence.

And while it’s been a somewhat rocky road so far—with ResMed CEO Mick Farrell sharing in a recent earnings call that the company is struggling to fully fill that gap due to a simultaneous increase in demand and decrease in supplies—the device maker is plowing on ahead, beginning with the launch of a new positive airway pressure, or PAP, device.

Like previous models, the new AirSense 11 provides both automatic and continuous PAP therapy for obstructive sleep apnea. The APAP setting adjusts airflow throughout the night in tandem with changes in a user’s breathing patterns, while the CPAP mode, as the name suggests, provides a continuous rate of airflow all night long.

The device also features “AutoSet for Her” mode, which adjusts to meet the specific needs of female users, whose mild to moderate sleep apnea may present with subtler symptoms than the more commonly known signifiers of snoring and daytime sleepiness.

Users can manage their PAP therapy either through the device’s touchscreen or the connected myAir app. In the app, patients can monitor their treatment trends, such as how long they wear the device and how many sleep apnea events they experience per night—data that can also be viewed by physicians through the AirView remote monitoring platform.

New to the AirSense 11, however, is its ability to wirelessly receive and install software updates as they’re released.

Additionally, the myAir app offers a handful of digital tools specific to the latest iteration of the device. These include Personal Therapy Assistant, which takes users step-by-step through the setup process to help them begin sleep apnea treatment more quickly, and Care Check-In, which coaches users through that treatment based on their responses to occasional questions about how they feel it’s going and how it’s affecting their sleep apnea symptoms.

The AirSense 11 is currently only available in the U.S. and can be used with any of ResMed’s existing PAP masks.

The device’s debut comes less than two weeks after ResMed’s third-quarter earnings call, in which Farrell predicted the Philips recall would drive an additional $300 million to $350 million to ResMed’s sales for its fiscal year 2022, which began July 1.

He made that estimation even as he warned that global supply chain slowdowns would prevent ResMed from completely meeting the heightened demand for respiratory devices. With those shortages in mind, Farrell said, the company will focus on “the highest-acuity patient needs first.”

That update followed ResMed’s initial pledge to pick up the slack left by its competitor’s recall. In a notice posted to its website on July 14, Farrell assured customers that his company’s devices were unaffected by the safety issue at the heart of the recall and added, “We are doing everything we can to increase our manufacturing of sleep and respiratory care devices, so we can get them to the patients who need them most.”

Philips’ recall, which was given the FDA’s most serious designation, Class I, last month, was sparked by an issue with the polyester-based foam used to muffle the ventilators’ sound and vibrations. As the foam breaks down over time, it may release black debris and dangerous chemicals into the air pathway, potentially irritating the skin, eyes and respiratory tract and damaging internal organs. As of the FDA’s ruling, at least 100 reported injuries had been linked to the foam.