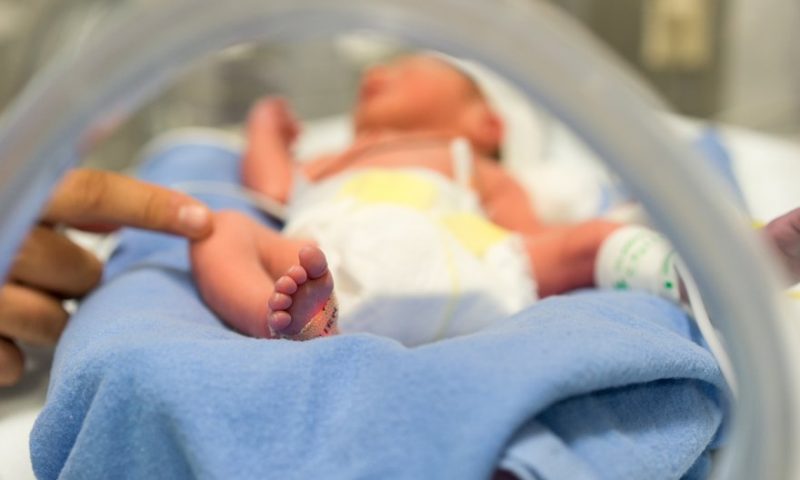 An international research team led by the University of California, San Diego (UCSD) has identified a genetic cause for a syndrome that has stumped clinicians for many years. And the scientists say they might be able to prevent the disease-causing mutation during pregnancy based on promising mouse studies.

The researchers identified the condition, dubbed Zaki syndrome, after doctors from around the world compared clinical notes that showed children born with it had DNA mutations in the Wnt-less, or WLS, gene. By boosting Wnt signaling with a drug in mouse models, they were able to reverse developmental disabilities caused by the disease, they reported in The New England Journal of Medicine.

Zaki is a rare condition that hampers prenatal development of the eyes, brain, hands, kidneys and heart and that causes lifelong disabilities. The syndrome is named after Maha Zaki, M.D., Ph.D., at the National Research Center in Cairo, who was the first to spot it.

The UCSD team, working with Rady Children’s Institute for Genomic Medicine and researchers around the world, started by scouring databases of 20,248 families who had children with neurodevelopmental disorders. They zeroed in on mutations in the WLS gene, which controls signaling levels for Wnt, a hormonelike protein that’s involved in embryonic development. The scientists then created stem cells and mouse models of Zaki syndrome and used them to test a drug that boosts Wnt signaling.

The drug, CHIR99021, amped up Wnt signaling and restored development in the models. The mouse embryos grew body parts that had failed to develop, and their organs resumed normal growth, the scientists said.

The Wnt signaling pathway, discovered in the 1980s, has caught investor interest and is core to the missions of biotechs Surrozen and Biosplice Therapeutics, formerly known as Samumed. Biosplice’s Wnt-modulating kinase inhibitor is in multiple phase 3 trials and has garnered licensing agreements in China and Korea in recent months. Meanwhile, Surrozen is targeting Wnt in designing regenerative medicines for diseases in the eye, lung, kidney and a host of other areas. Phase 1 studies are slated for next year, and the biotech hit the Nasdaq last month.

The UCSD-led team was surprised to discover that Zaki syndrome could could be prevented in preclinical models with a drug, said author Guoliang Chai, Ph.D., a former postdoctoral fellow at UCSD’s School of Medicine, in a statement. Now the researchers are thinking about how to transform Zaki into an entirely preventable condition. “We can see this drug, or drugs like it, eventually being used to prevent birth defects, if the babies can be diagnosed early enough.”