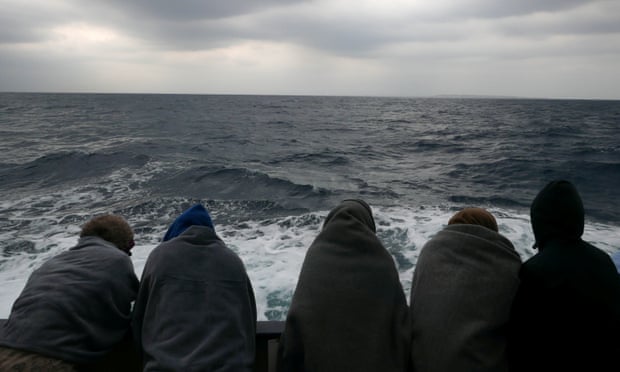 A merchant ship has been hijacked by refugees and migrants that it had rescued off the coast of Libya, and is now heading towards Malta, the Italian deputy prime minister and Maltese authorities have said.

Corriere della Sera and Italian news agencies reported that 108 people were picked up by the tanker Elhiblu 1, and hijacked the vessel when it became clear that it planned to take them back to Libya.

Six nautical miles from Tripoli it suddenly changed course and headed north towards Europe. Migrants in Libya face trafficking, kidnap, torture and rape, according to the United Nations and aid groups.

“These are not migrants in distress, they are pirates, they will only see Italy through a telescope,” said Italy’s far-right deputy PM, Matteo Salvini, who has cracked down on migrants, including closing Italy’s ports to NGO rescue boats, since he took office in June last year.

Salvini said that Italy’s ports would remain close. “Poor castaways, who hijack a merchant ship that saved them because they want to decide the route of the cruise,” he said with sarcasm, according to the Ansa press agency.

A spokeswoman for Malta’s armed forces confirmed the ship had been hijacked and said Maltese authorities were monitoring its progress and it would not be allowed to dock in Malta.

“We received reports of a pirated ship heading towards Malta or [nearby island] Lampedusa and we’re monitoring the situation,” a Maltese coastguard spokesman said.

The ship could arrive in Maltese waters by Wednesday evening, where it is likely to be met by Maltese naval vessels. The captain of the Palau-registered vessel has not so far been spoken to by Maltese authorities.

Salvini, the leader of the League party, has been at the centre of several international stand-offs over his refusal to let humanitarian ships dock in Italy.

Last week Italy’s senate rejected a request by prosecutors to investigate him for kidnapping over a case in August when he blocked an Italian coastguard ship with 150 people aboard for almost a week off Sicily before finally letting it dock.

This week, Italian authorities released the Mare Jonio charity rescue ship, which was seized in March after it defied the government’s order not to bring migrants to Italy.

On Wednesday the European Union said that it will stop its sea patrols in the Mediterranean, which have rescued thousands of refugees and migrants, after the Italian government threatened to veto the EU’s entire operation in the waters.

Operation Sophia, which has two vessels and five planes and helicopters, was set up in 2015 to prevent loss of life at sea in a year when 3,771 people died or went missing attempting to reach Europe in rickety boats.

The sea patrol element of the operation will end on 30 September, though air patrols will be stepped up. The mission will also continue training the Libyan coastguard – part of a controversial strategy that critics say leads to people being trapped in Libyan detention centres, where they suffer horrific abuse.

More than 8o people rescued off the Libyan coast in November and returned to the port of Misrata on a cargo ship refused to leave for more than a week and were eventually forced to disembark at gunpoint.

Migrant arrivals from North Africa and the Middle East have been sharply reduced since a 2015 peak.