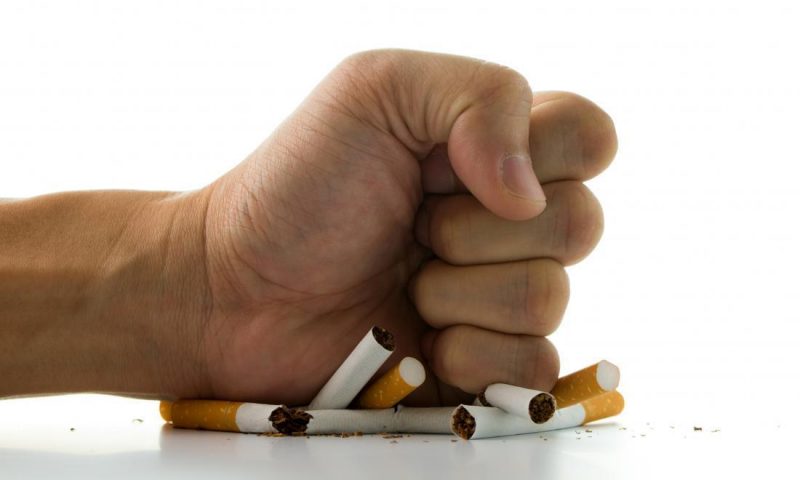 Stopping smoking at any age could add a decade to your life, but don’t bother quitting with e-cigarettes — there’s not enough evidence it works, the Surgeon General says.

In an interview before the release of the first Surgeon General report on smoking cessation in 30 years, Dr. Jerome Adams urged those as old as 85 to quit smoking and added fuel to the burning debate over the benefits and risks of vaping, which has been billed as a smoking alternative but also has led millions of young people to start using nicotine.

While nations such as Britain recommend vaping as a way to stop smoking, Adams urged U.S. consumers to try one of the many Food and Drug Administration-approved smoking cessation products instead of vaping because there isn’t “sufficient evidence” it works.

The health care field needs to do more to discourage smoking too, said Adams.

The report cited 2015 data showing four out of every nine adult cigarette smokers who saw a “health professional” in the past year weren’t given advice on quitting. Adams said he’s been to mental health and addiction clinics where clients smoked cigarettes openly.

“People don’t realize (quitting smoking) can help with mental health outcomes,” said Adams. “Whether you are 25, 55 or 85, there are still benefits to be gained.”

Is vaping safer than smoking? Depends who you ask, and what scientific study they point to

Even those who favor vaping as way to reduce the harm from cigarette smoking support much of the government’s new report on smoking.

David Abrams, a professor of social sciences in New York University’s school of public health, called it “well done and comprehensive with the data available when it was drafted.” But he noted there’s a “fast moving set of innovations” that deliver “much safer nicotine,” including Swedish Match’s new ZYN, which delivers nicotine in a pouch tucked inside the lip without the cancer causing chemicals in tobacco or inhalation. It has saved millions of Swedes lives over the last 40 years, Abrams added.

Abrams agrees with the report’s recommendation for more research to develop and better understand safe and effective stop-smoking methods that work for youth and adults, including those who vape nicotine.

“Much more resources, priority science and urgency is needed to find out how with whom and under what conditions we can use vapes to help any smokers at any age to switch if they are unable to or don’t want to stop using nicotine but don’t want to die,” said Abrams.

Dr. Harold Wimmer, president of the American Lung Association, applauded the report, adding laws and policies are needed “to prevent tobacco use and to ensure everyone has access to guidelines-based quit smoking treatments.”

‘Something has changed’: People have been vaping for years but now they’re dying. Could it be the devices?

Policies should include insurance coverage of quit-smoking treatments and sufficient funding for state prevention programs and hotlines to help people quit tobacco, he said.

“Today’s report underscores why it is so important to quit tobacco altogether and not switch to other tobacco products,” said Wimmer.

Cigarette smoking is at an all-time low, down to 14% of Americans, or about 34 million adults. Still it remains the leading cause of preventable disease, disability and death in the U.S.

New insights about the brightest explosions in the Universe