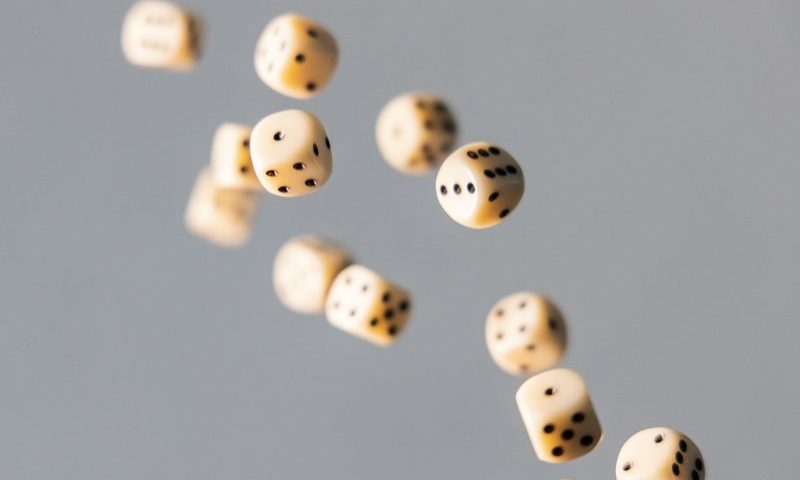 DiCE Molecules wants to join the party, albeit not in Las Vegas but on Wall Street, with another preclinical biotech IPO as it goes up against psoriasis giants from Novartis, Eli Lilly and Amgen.

A day after raising a $60 million series C extension, DiCE submitted its Securities and Exchange Commission paperwork for the customary $100 million IPO fill-in.

Eight-year-old DiCE had raised $80 million in the first go-around to the series C (PDF) in January. In all, the chronic disease and immuno-oncology biotech has raised $200 million.

The public offering will bankroll DiCE’s lead program, an oral antagonist that targets the interleukin-17 molecule, which is the pathway central to Novartis’ Cosentyx and Eli Lilly’s Taltz. DiCE is betting it can be the first oral therapy approved for the IL-17 target as it looks to begin a phase 1 trial in psoriasis soon and with data next year.

DiCE filed to start a phase 1 clinical trial in healthy volunteers and psoriasis patients in the U.K. last month, and the company said preclinical studies comparing the asset to Cosentyx showed a “comparable selective inhibition profile.” Together, psoriasis drugs Cosentyx and Taltz pulled in about $5.8 billion in global sales last year, DiCE said.

That lead asset, S011806, will also be tested in at least two other IL-17 mediated chronic immunology indications, the South San Francisco biotech said in its Wednesday filing.

DiCE has already inked collaborations with industry heavyweights Sanofi and Roche’s Genentech for its small-molecule platform. Sanofi paid up to $50 million in equity, upfront payments and other fees in 2016, with the potential for $184 million per target in a 12-target pact.

But, that Genentech deal didn’t bear fruit. The $4.5 million in 2017 and an additional $1.5 million in 2018 seemed to have been for naught as the companies terminated the agreement two months ago. It’s a setback for Kevin Judice, Ph.D., the CEO and co-founder of DiCE, who was a senior director of medicinal chemistry at Genentech from April 2002 to May 2003.

Beyond the initial IL-17 program, DiCE’s deck of cards also includes oral therapeutics in the lead optimization stages for inflammatory bowel disease, fibrosis and various immuno-oncology indications, the latter of which is in partnership with Sanofi.

IBD, psoriasis and other inflammatory diseases DiCE is attempting to go after have been dominated by biologics such as Humira and Remicade. But DiCE thinks there’s still enough appetite for a new class of drugs, delivered orally, that patients and clinicians would prefer.

That desire for orally available drugs in psoriasis has already come to fruition for Amgen’s Otezla, which brought in about $2.2 billion in 2020 sales. But the drug has drawn questions in recent earnings calls given Bristol Myers Squibb’s oral med that has outperformed Amgen’s in head-to-head trials.

To go against Big Pharma, DiCE is hoping to get support from big-name investors, with some already in the board room. RA Capital Management and Sands Capital led the financing round earlier this week. Other backers include Janus Henderson Investors, Deep Track Capital, Logos Capital and more than half a dozen other groups.