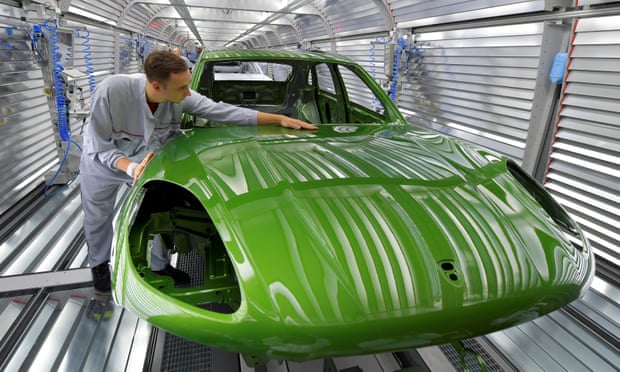 Porsche is asking British customers to sign a contract committing them to pay a surcharge of up to 10% of their vehicles’ purchase price if there is a no-deal Brexit.

Cars made in Europe could attract tariffs of 10% if imported to the UK under the terms of the World Trade Organization, the default trading relationship if the UK and the EU are unable to agree a transition period before 29 March.

The car industry is particularly exposed to the risk of a no-deal Brexit, because its products attract relatively high tariffs. Companies that manufacture in the UK also face the prospect of disruption to their “just-in-time” supply chains if there are border delays.

Prices for Porsche’s most popular model in the UK, the Macan sports utility vehicle, start at £46,000, meaning new owners could be liable for an extra £4,600.

Customers who placed deposits on cars on or before 17 January escaped the potential charge.

The company said: “Porsche Cars Great Britain has chosen to inform customers whose cars are likely to arrive after Brexit occurs to warn them that they may be affected by this tariff.”

Porsche said the clause was a precautionary step.

• This article was amended on 16 February 2019. An earlier version incorrectly said that Porsche’s UK sales accounted for “well over a fifth” of the company’s global sales in 2018.