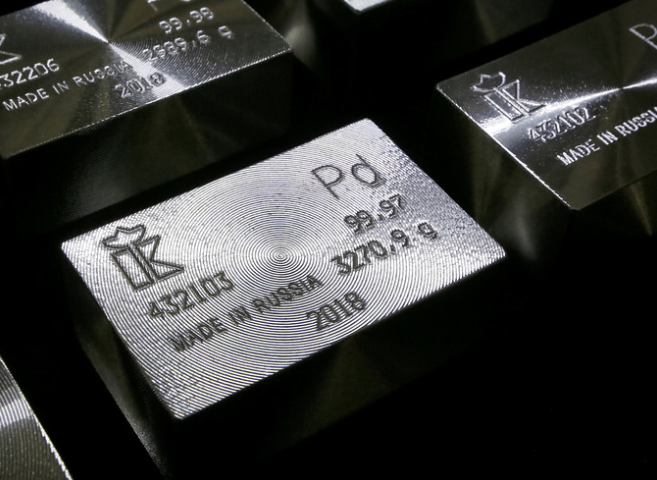 Palladium futures dropped by more than 7% on Thursday to log their largest one-day loss in over four months and leading broad declines in the New York metals market.

The steep losses for the metal came as the U.S. dollar DXY, -0.28% touched a two-year high in the wake of the Federal Reserve monetary policy decision Wednesday. The U.S. central bank delivered a widely-expected quarter-point interest rate cut, which is typically bearish for the greenback. However, Fed Chairman Jerome Powell said the reduction was not necessarily the start of a “lengthy” rate-cutting process.

Both palladium and platinum have also seen quite a bit of price volatility recently, and that contributed to Thursday’s exaggerated move.

“With a pre-existing pattern of lower highs in both platinum and palladium earlier this week, noted outside pressure from action in gold and noted gains in the dollar the follow-through down action [in Thursday dealings] in the [platinum group metals] complex is well-deserved,” said analysts at Zaner Metals.

“Platinum was the most overbought market (relative to palladium) following the low to high two month rally of $96 and that, combined with the let down from the Fed, has left the market in a freefall,” they said.

But the Fed’s 25 basis-point rate cut “does not mean the world is coming to and end and we are all going to stop buying cars with palladium,” Jones said. “The internet of things on information is totally carried away. China 6 [emissions standard] is still in place, loadings are going up per car and the world is not coming to a grinding stop.”

That points to higher demand for palladium, which is mostly used in pollution-controlling catalytic converters on gasoline-powered vehicles.

Jones said about 82% of palladium demand comes from its use in vehicle catalytic converters and “it is a fairly thin market at 9 million ounces a year,” said Jones.

“Trade war concerns are affecting the view on car sales worldwide,” but the “hype overdone,” he said. “Frankly, it is an excuse to hammer a market that has gone up.” Palladium futures trade roughly 18% higher year to date, according to FactSet data.

The steep price drop is a “great gift opportunity for the people who actually need the metal,” said Jones. “Supply is tight—if you look out the window cars are still going past. The world should just calm down.”