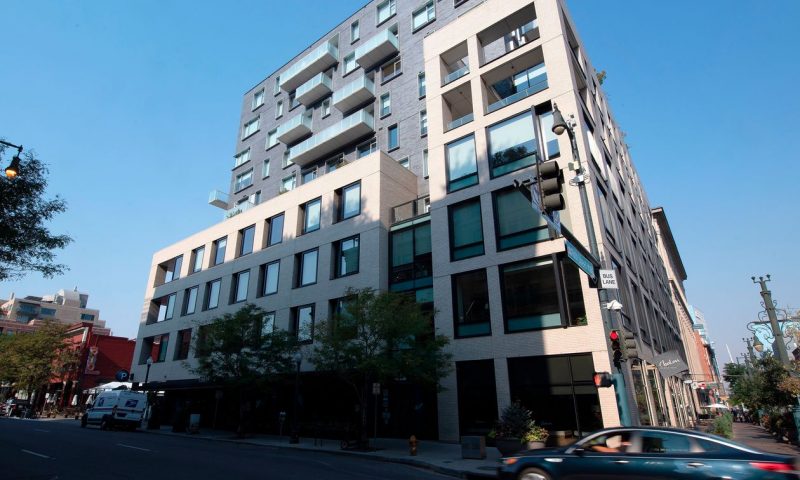 Palantir Technologies Inc.’s business is increasing steadily, helped by more government and corporate contracts in part because of the coronavirus pandemic, it said as it reported earnings Thursday for the first time since going public.

The data-analytics company posted a quarterly loss of nearly $900 million that was mostly because of stock-based compensation. The tone of its first earnings call was upbeat and the company raised its full-year revenue outlook to a range of $1.07 billion to $1.072 billion, up 44% year over year.

The pandemic has “created enormous opportunities for us,” said Shyam Sankar, Palantir’s chief operating officer, on the company’s earnings call. The company is helping the government track clinical data and has been tapped to help with vaccine distribution, too. Besides the coronavirus, though, Sankar said he foresees a “large, systemic transformation in health care” that could benefit Palantir PLTR, -8.64%.

Though the company’s shares fell sharply at the beginning of the extended session, they gained about 2% after closing the regular session down 8.7% to $14.54. Before Thursday, the data-analytics company’s stock had risen nearly 60% since it started trading at $10 on Sept. 30.

Analysts surveyed by FactSet on average had expected the company to post earnings of 2 cents a share on revenue of $279.4 million.

The company touted new contracts it secured in the third quarter, including one for $91 million with the U.S. Army, $36 million with the National Institutes of Health and a $300 million renewal with an aerospace customer it did not name. In its filing, Palantir said that while the U.S. government remains a “primary focus” of its business — including for coronavirus research and response — it is seeing “significant momentum” in business with the commercial sector, too.

Palantir’s software offerings range from helping governments with surveillance and warfare to enabling corporations track manufacturing processes. Its work with the government, especially Immigration and Customs Enforcement and the Department of Homeland Security, has been controversial. After sustained protests by immigration activists at the company’s Palo Alto, Calif, office, it moved its headquarters to Denver, Colo. Chief Executive Alex Karp said in a letter included with the company’s filing in August for a direct listing that “we seem to share fewer and fewer of the technology sector’s values and commitments.”

Palantir was co-founded in 2003 by Karp, Facebook Inc. FB, -0.50% investor and board member Peter Thiel, and Stephen Cohen, who is now president at the company. The company got its start with funding from the Central Intelligence Agency’s In-Q-Tel arm.