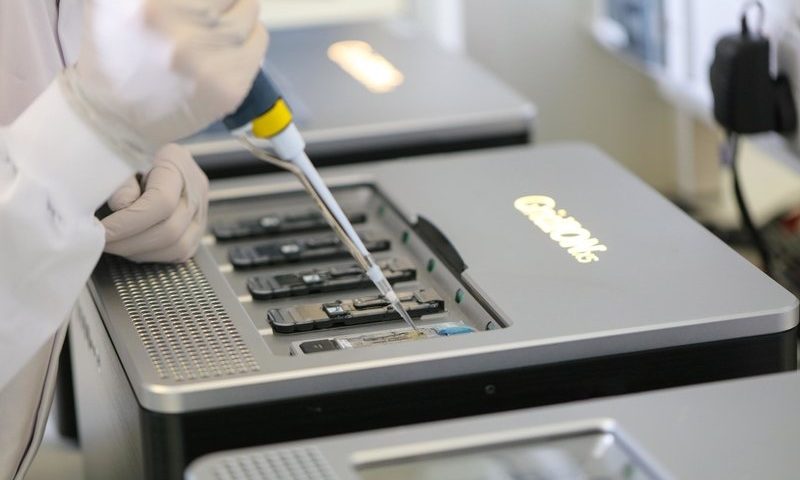 Barely a week after announcing its intent to debut on the London Stock Exchange, Oxford Nanopore Technologies has locked down an investor willing to snap up about half of the shares on offer.

As part of a new partnership with the genomic sequencing tech developer, tech giant Oracle has pledged to contribute £150 million, or about $207 million, to Oxford Nanopore’s proposed IPO, which aims to raise a total of about £300 million, or about $413.8 million, according to founding shareholder IP Group.

In addition to that cornerstone investment, Oracle will also give Oxford Nanopore access to its cloud computing platform, making the latter’s rapid nanopore sequencing tools more easily accessible by researchers and clinicians around the world, with a focus on mitigating public health threats and speeding the diagnosis and treatment of disease.

Beyond making Oxford Nanopore’s technology available to more customers via the Oracle Cloud Infrastructure, the partnership will also see the duo team up on several sequencing-based projects of their own.

That work will seek to improve areas including epidemiology, whole-genome sequencing and drug discovery and development. To start, Oxford Nanopore will integrate its next-generation sequencing tools and data into the Oracle cloud’s existing life sciences applications, which are currently used by customers like Pfizer, CSL Behring and more to manage clinical development, trials and resources.

“By integrating genomic data into our existing applications and cloud infrastructure solutions, we can get these powerful tools into the hands of more people to solve critical health issues faster and improve patient outcomes to usher in a new era of genomic breakthrough,” he continued.

The simultaneous investment and partnership come as Oxford Nanopore gears up for its IPO—though that hasn’t stopped the British sequencing giant from continuing its trend of raising massive amounts of private funding in the meantime. In May, for example, it raked in a funding round worth £195 million ($269 million), which brought its lifetime financing over the $1 billion mark.

Though Oxford Nanopore has not yet set the terms for the offering, it’s slated to make its public debut in early October. In addition to the sale of new shares expected to bring in around £300 million for the company, several of its current shareholders will also put forward a secondary offer of some of their existing shares.

The IPO is likely to add a significant boost to Oxford Nanopore’s already impressive valuation: As of the May fundraising, it had reached about £2.48 billion, or about $3.4 billion.