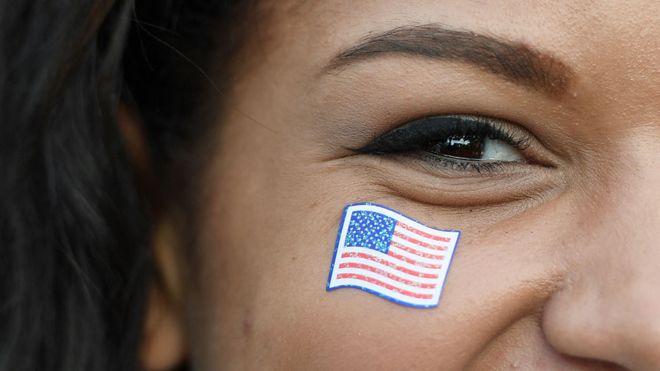 The number of new international students enrolling at United States universities and colleges went down by almost 7% last year, according to official data published this month.

It’s the second year in a row that the number of new international enrolments in the US has declined, denting a market worth $42bn (£33bn) to the US economy last year.

Prof Simon Marginson, of Oxford University, an expert on trends in international students, says there is “little doubt” this downturn is related to the Trump administration.

He says it’s a combination of the anti-immigration messages putting off applicants and the tightening of the student visa system.

The International Institute of Education, which gathers the annual data, asked potential recruits about reasons for not studying in the US, and found a mix of politics, practicalities and cost. 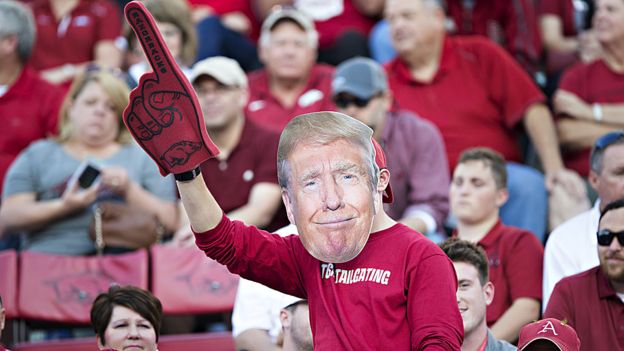 The visa application process was the single biggest disincentive – but also frequently cited was the “social and political environment in the US”.

The high cost of tuition was mentioned but so too was “feeling unwelcome in the US” and concerns about “physical safety in the US”.

The biggest falls are from places such as India, South Korea, Mexico and Saudi Arabia.

But there’s also been a decline in numbers going to US universities from the UK, Germany and France.

What’s really striking about the fall in enrolments is that it’s the reversal of a pattern of growth that has lasted for decades.

The United States has been remarkably successful in attracting the world’s biggest share of the international student market.

In 2015, there were more than a million overseas students in the US.

There are financial benefits but it’s also been seen as an important part of US “soft power” and promoting the country’s global influence.

The overall numbers of international students in the US system has continued to nudge upwards, because of the growth of a scheme that allows students to stay in the US for up to three years to develop work skills after graduating.

But the significant dip in new students enrolling – down 10% over two years – suggests that many decades of rising popularity has stalled.

There would have been a bigger fall, except for the relentless increase in demand from Chinese students, who are by far the biggest group of overseas students in the US.

They bring billions of dollars into US higher education.

But Prof Marginson, director of the Centre for Global Higher Education, says there would be “potentially catastrophic implications” for US university incomes if any diplomatic row or trade dispute stopped the flow of Chinese students.

The latest figures show how much US higher education looks to Asia for its international student connections, rather than to Western countries.

The UK is the biggest European sender of students to the US but still accounts for only 1% of its international intake.

There are about 11,500 UK students in the US system, with slight falls in the past couple of years.

There was an increase when tuition fees rose in England but forecasts of a surge in numbers going to US universities never really materialised.

Another challenge for the US is the rising popularity of other university systems – particularly Australia and Canada.

Prof Marginson published research earlier this year showing that Australia is overtaking the UK as the second biggest destination for overseas students.

Canada has also seen big increases in overseas students – presenting itself as a welcoming, liberal North American alternative to the United States.

But the US government says it remains committed to attracting international students.

Marie Royce, Assistant Secretary of State for Educational and Cultural Affairs, said they were a “tremendous asset to the United States”.

“We want to send a message that international education makes us stronger as a country,” she said.