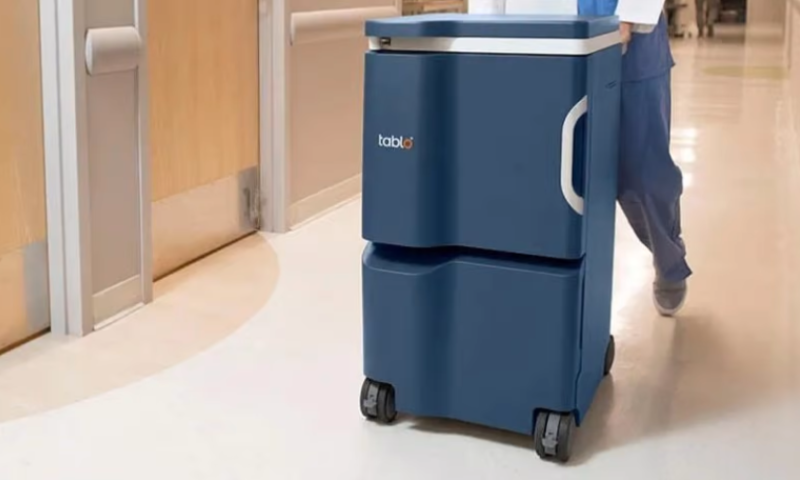 After kicking off the year by shipping out a record number of its Tablo hemodialysis systems for at-home users, Outset Medical has brought those sales to a screeching halt.

The California-based company announced this week that it has placed a shipping hold on all Tablo devices destined for home use. The hold was implemented as Outset submitted a 510(k) application to the FDA for unidentified features it has added to the system since the agency first cleared it for home users in March 2020.

The device is a dialysis machine on wheels that requires only tap water, a drain and a standard power outlet to function. It’s decked out with storage space, a touchscreen controller and automated self-cleaning abilities, and it can also connect wirelessly to Outset’s cloud platform to receive automatic updates and share treatment data with healthcare providers.

Outset said it will continue to distribute the dialysis system for use in professional healthcare settings, including in chronic and acute care facilities. Additionally, it assured patients already using the device in their homes that they can safely continue to do so.

At-home sales of the system will start up again once the updates have been cleared by the FDA, but Outset didn’t give a timeline for when that might occur. The company said it’ll aim to give an update on the regulatory review process sometime in the third quarter of the year.

The shipment hold came not long after Outset touted its highest-ever number of Tablo sales for home use in the first quarter of the year. In the wake of that success—which helped bring its quarterly revenue to $30.6 million, a more than 33% increase compared to the same period in 2021—Outset bumped up its forecast for the entire year, from a previous range of $142 million to $150 million to a new estimate between $144 million and $150 million.

A little over a month after reporting those updated numbers, however, it appears that Outset may have to rein them in. The devicemaker said this week that it is suspending that full-year guidance and will offer a more concrete update on its financial estimates and goals when it releases its second-quarter report in early August.

In the meantime, Outset said it’s still expecting revenues for the second quarter to reach at least $25 million, which would keep growth relatively flat compared to the $25.2 million it earned during the same period last year.

Outset’s stockholders have seemingly been spooked by all the uncertainty. In the time between when Outset announced the shipment hold on Monday afternoon and when the markets reopened on Tuesday morning, its stock price slipped from $20.43 to $15.39—a drop of nearly 25%.

In the time since, shares have continued to linger around that nadir. They reached $13.34 on Tuesday afternoon, marking the lowest-ever price since Outset went public in a September 2020 IPO.