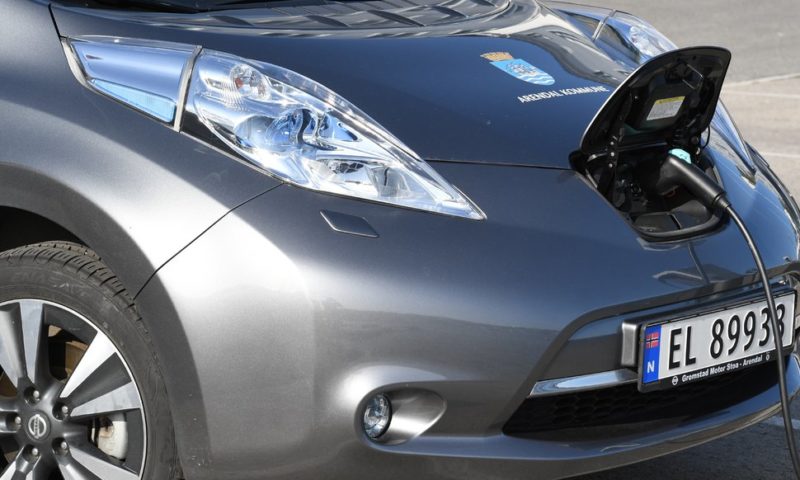 Norway’s capital is set to become world’s first city to employ the technology for electric taxis.

IN JUNE 2016, THE government in Norway made an important promise to its citizens: cleaner air by requiring all new cars to be emission-free by 2025. Several other countries, such as the United Kingdom and France, followed with separate plans and Europe appeared poised to be the place was looking like the perfect destination for those eager to make the jump to all-green electric cars.

Now Norwegian officials are taking their clean-air ambitions a step further, announcing plans to make the capital of Oslo the world’s first city to install wireless charging systems for electric taxis. Taxis in Oslo should be emission-free by 2023, according to Fortum, a Finnish state-owned energy company focusing on the Nordic and Baltic countries that is working with the city on the project.

This project has ambitions to expand into additional wireless charging technology for all electric vehicles.

“The future is electric, and it is already here, right now,” Sture Portvik, Oslo’s manager of “electro mobility” said in the Fortum report. “From 2023 onward, all taxis in Oslo will be zero emission.”

The project will install wireless charging stations using induction technology. Charging plates will be installed in the ground where the taxi is parked and a receiver will be installed in the taxi. The system allows for charging up to 75 kilowatts, Fortum reported. Induction technology will allow taxis to be charged with the vehicles are moving slowly at taxi queues.

“Taxis will be able to drive up to the charger and a wireless charging session will automatically start,” Annika Hoffner, head of Fortum’s Charge & Drive initiative, said in a prepared statement. “This allows the taxis to charge in a place where they would anyway be waiting for new customers.”

Oslo’s plans for wireless charging systems may offer a blueprint for other cities around the world that are trying to increase the number of electric vehicles (EVs) on the streets. Officials in Columbus, Ohio, are reportedly offering $30,000 in rebates to taxi companies to replace existing cars with electric vehicles. In New York City, efforts to usher in EVs into the city’s taxi fleets have been underway for years.

Norway is rated highly for the “green living” in the 2019 Best Countries report and has the world’s highest rate of electric car ownership, according to Reuters. Nearly 1 in 3 of all new cars bought in Norway in 218 were electric.