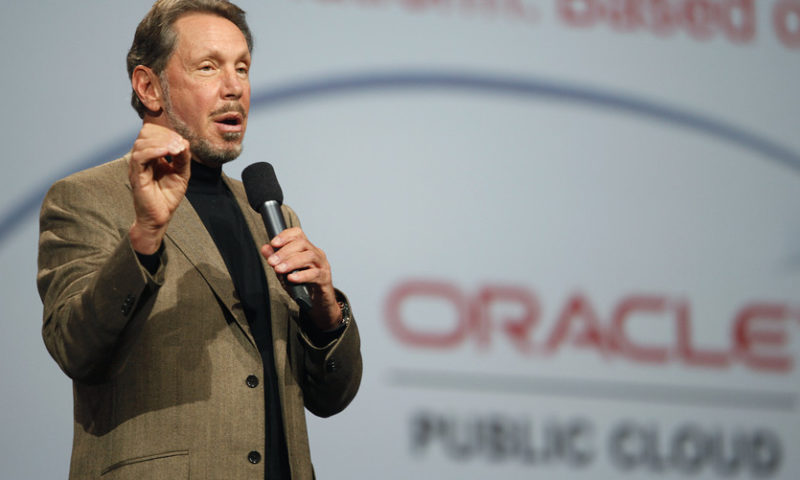 Oracle Corp. needs to find a windfall as many believe the database giant is falling behind in its transition to the cloud.

Oracle ORCL, -1.33%  is scheduled to report fiscal first-quarter earnings after the close on Monday. The company’s cloud woes have been a concern to investors for more than a year now.

Oracle’s cloud reputation took a further hit in September, when the company said top cloud executive Thomas Kurian was taking time off from the company. While many took that as a sign that Kurian was leaving Oracle, Co-Chief Executive Mark Hurd dismissed such thinking as rumors less than two weeks later, saying Kurian was just “taking a break and we expect him back.” Then, less than two weeks after that, Kurian said he was leaving Oracle and by mid-November landed as the head of Alphabet Inc.’s GOOG, -1.86% GOOGL, -2.03%  Google Cloud Platform. Around the same time, Amazon.com Inc. AMZN, -4.01%  said it continues to rely less on Oracle databases.

In a quarterly survey of 36 Oracle partners, J.P. Morgan analyst Mark Murphy found most results to be “underwhelming.”

“In the aftermath of former President Thomas Kurian’s departure to Google, metrics are listless and dull for Pace of Business, Revenue Expectation, and Oracle’s Momentum / Technology Vision,” Murphy wrote. “‘Failure to innovate’ is being mentioned.”

“Amazon, Microsoft MSFT, -3.12% SAP SAP, -2.39%  and Google are most frequently mentioned as becoming more competitive with Oracle,” the J.P. Morgan analyst said. “Partners view Oracle as being ‘way back in the cloud arms race’ and ‘not sure they can catch up at this point.’”

The survey mentioned that if many companies pull the trigger on a major enterprise resource planning, or ERP, upgrade, that could be a silver lining for Oracle.

What analysts are saying
Cowen analyst J. Derrick Wood, who has an outperform rating and a $56 price target, said he believes Oracle is doing well in Cloud ERP and expects accelerating growth from NetSuite, which Oracle acquired in 2016, throughout the year.

“However, there are legacy SaaS areas that have been weighing on overall Cloud growth in recent quarters,” Wood said. “Nevertheless, we think there is room for some upside to our Apps forecasts.”

Instinet analyst Christopher Eberle, who has a buy and a $53 price target, said even with the bar low this quarter, investors need to see more than an earnings beat fueled by stock buybacks.

“We are focused on Cloud Services and License Support this quarter,” Eberle said. “Four consecutive quarters of decelerating top-line growth to ~3% in 1Q has naturally sparked investor concern about Oracle’s ability to transition its business to the cloud.”

“Consensus estimates imply another decel in 2Q, and while this is likely FX-driven, stabilizing top-line growth would be a start in restoring investor confidence,” Eberle said.

Of the 37 analysts who cover Oracle, 17 have buy or overweight ratings, 19 have hold ratings and one has a sell rating, with an average price target of $52.83.