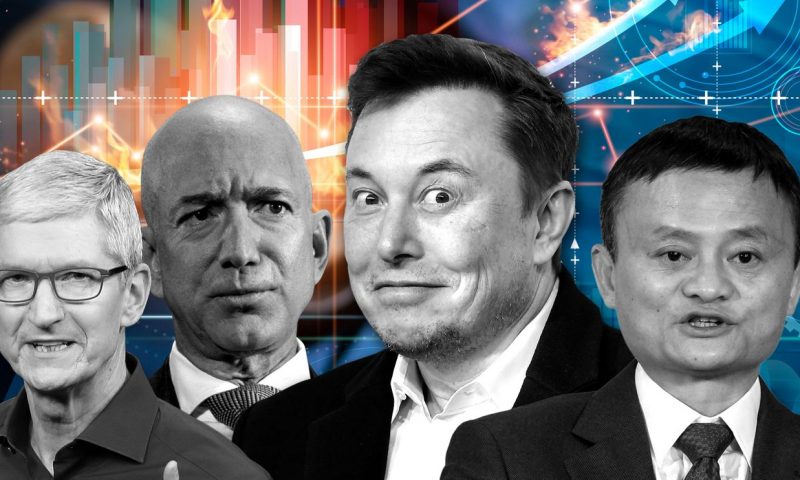 And it’s only gotten stormier — much, much stormier — in the years since Elon Musk expertly tweet-trolled investors who were doubting Tesla’s TSLA, -0.08% ability to continue to churn out big gains.

In fact, no other short trade has fared worse over the past five years than those betting against the electric-car maker, according to S3 Partners data cited by the ValueWalk blog. At last check, short sellers had lost a whopping $29.2 billion, year-to-date. Short interest in Tesla, which has wobbled a bit of late, stood at about 57.1 million shares at the end of September.

Chinese internet giant Alibaba BABA, -0.98%, which earned the crown of “worst short call of 2017” has delivered plenty of pain, as well, costing $10.6 billion in net mark-to-market losses in that year alone. Some 46.5 million shares of Alibaba were sold short as of the end of September.

Needless to say, Apple AAPL, +0.00%, at number three, just keeps defying gravity. It was the worst short call last year, with $7 billion in mark-to-market losses, and it’s the third worst this year. Interestingly, as ValueWalk pointed out, short interest surged ahead of this month’s iPhone event, but no big downturn was to come in the immediate aftermath of the unveiling.

Finally, fears of overvaluation have led to a rise in the number of Amazon AMZN, +0.08% shorts. While those wagering against Jeff Bezos and his internet giant earlier this year were rewarded during that nasty coronavirus selloff back in march, it’s been a rough run ever since. Amazon, at this point, has been the second worst short call of 2020, with net mark-to-market losses reaching almost $6 billion this year, recent S3 data shows.

For long-suffering shorts, Monday’s session provided some relief. The Dow Jones Industrial Average DJIA, -2.29% was off more than 700 points by midday trading, while the S&P 500 SPX, -1.85% and Nasdaq Composite COMP, -1.64% were both trading firmly lower. All four of the aforementioned heavily shorted stocks were down more than 1%.