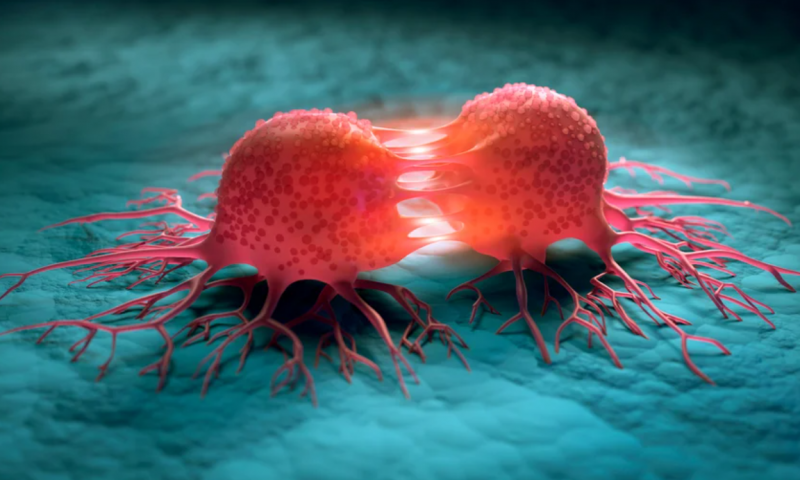 CAR-T cell therapies that involve genetically modifying a patient’s own T cells are used to treat some blood cancers, but they’ve shown limited effect in solid tumors. Scientists believe that’s because the tumors can create a hostile environment that significantly suppresses an immune response by T cells.

Canada-based Oncolytics Biotech, in collaboration with Mayo Clinic, has new preclinical data showing that its oncolytic virus, called pelareorep, may be able to overcome that obstacle. CAR-T cells loaded with the nonpathogenic reovirus showed enhanced anti-tumor activities in mouse models of solid tumors, leading to improved survival compared with compared with solo CAR-T, according to data presented at the CAR-TCR Summit Europe conference.

Based on the positive findings, the biotech is looking for partners to help develop combinations of pelareorep with CAR-T or other cancer immunotherapies that require immune cell infiltration of solid tumors, Andrew de Guttadauro, the company’s U.S. chief and head of business development, said in a statement.

Oncolytic viruses have been widely studied for their ability to infect and kill cancer cells. Such viruses are also known to trigger inflammatory responses that remodel the tumor microenvironment, making it more amenable for immune cells to launch an attack on tumors.

For the new study, the Oncolytics-Mayo team tested the effects of an oncolytic vesicular stomatitis virus (VSV) and pelareorep alongside CAR-T.

Both VSV and pelareorep, delivered by a single injection into the tumors, stimulated the production of inflammatory chemokines and cytokines, which attracted activated T cells to the tumors. However, combining VSV with CAR-T cells failed to elicit any significant therapeutic benefit, the team found.
The researchers discovered a reduction in the number of circulating CAR-T cells in mice that also got VSV. Further analysis showed that the type I interferon released upon VSV infection of tumors promoted T-cell death and increased the expression of several inhibitory receptors of the CAR-T cells. These results were published in Nature.

In contrast, loading the CAR-T cells with pelareorep produced synergistic anti-tumor effects. Of the seven mice treated with the regimen, four were still alive at the end of the study. Only one of the seven mice that got CAR-T therapy alone survived. The researchers observed even better results in mice that received a pelareorep booster shot eight days after the combo therapy. All seven mice in that group lived through the entire study period.

Other research groups are also looking to pair oncolytic viruses with CAR-T treatments in solid tumors. A team at City of Hope recently engineered a virus to produce a truncated version of CD19 in solid tumor cells, thereby making the cells targetable by CD19-directed CAR-T cell therapies. The strategy produced complete remissions in half of mice treated with the experimental combo.

“In this newly published study, we show the synergistic benefits of pelareorep can be extended to additional cutting-edge immunotherapeutic agents,” de Guttadauro said in the statement. “Based on these findings, we are specifically exploring a partnership strategy to further the development of pelareorep as an enabling technology for CAR T cells and additional immunotherapies that require immune effector cell infiltration in solid tumors.”

BMS, bluebird Publish Ide-Cel Data in NEJM, One Month Ahead of PDUFA Date