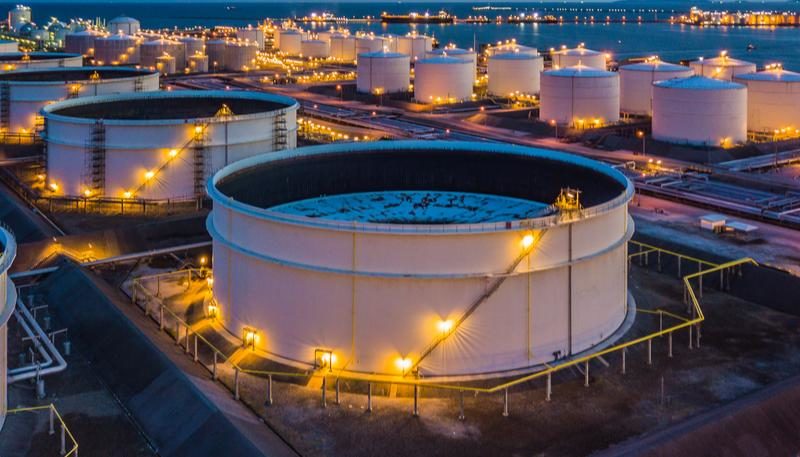 Oil tumbled for a third straight week as crumbling equity markets across the globe stoked concern about a slowdown in energy demand growth.

Friday’s 0.4 per cent gain New York-traded futures wasn’t enough to halt a 2.2 per cent decline for the week. Eight of every 10 stocks in the S&P 500 were in retreat as a cavalcade of negative news killed investors’ appetites for risk. A closely watched tally of U.S. rig activity indicated drillers intend to step up crude output.

“Oil is dropping because of more concern about what’s happening in the stock market,” said Phil Flynn, an analyst at Price Futures Group. “The high volatility in the stock market and fear selling in other markets is spilling over into the oil complex.”

Crude shed almost 8 per cent of its value so far this month, wiping out all the gains of August and September. Faltering confidence in the strength of the global economy comes as swelling American oil stockpiles spark fears about a re-emergence of a price-killing glut. U.S. efforts to isolate Iran and its crude output, as well as spiraling Venezuelan production, haven’t been enough to serve as a geopolitical counterweight to the selloff.

“Equities have resumed their decline and that is dragging oil down again,” said Giovanni Staunovo, an analyst at UBS Group AG. “The market is showing how much the sentiment has shifted once again. A month ago it was bullish, now it’s bearish again.”

West Texas Intermediate for December delivery added 26 cents to settle at US$67.59 a barrel on the New York Mercantile Exchange. The futures closed above the 200-day average for the first time in four sessions. Total volume traded was about 16 per cent below the 100-day average.

Brent for December settlement added 73 cents to settle at US$77.62 on the London-based ICE Futures Europe exchange. Prices were down 2.7 per cent for the week. The global benchmark crude traded at a US$10.03 premium to WTI for the same month.

See Also: OPEC Lurches From Pump All You Can to Mulling in Just Days

Other oil-market news: Gasoline futures were little changed at US$1.815 a gallon. The oil market could be in for a surprise when U.S. sanctions on Iranian crude exports are implemented in 10 days, according to Hedgeye Risk Management LLC. Eni SpA joined the ranks of major oil companies to post consensus-beating earnings thanks to rising crude prices in the third quarter.

US equities gains wiped out

Walmart to use roving checkout scanners to streamline holiday shopping