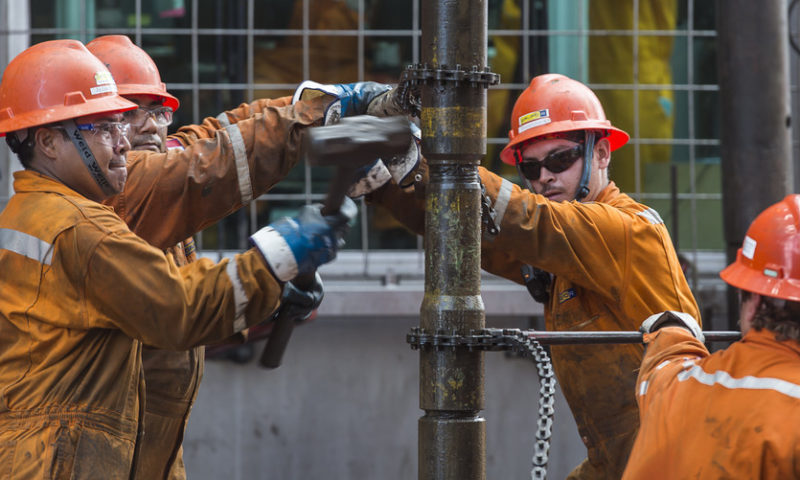 Futures prices for U.S. oil settled flat on Friday as global crude gained, but both benchmarks suffered sizable losses for a sixth week in a row.

Talk of production cuts among major oil producers provided some support to prices, but a supply build, including in the latest U.S. data out Thursday, has pushed the market down for the week. Evidence of weakening global economic growth and the decision by the Trump administration to grant waivers to major buyers of Iranian crude following the enactment of sanctions added further pressure. Sanctions had been expected to keep most Iranian oil off the market.

Phil Flynn, senior market analyst at Price Futures Group, said the resumption of oil exports Friday from the Kirkuk region in Iraq was behind a brief turn lower for oil prices. Exports from the region had been halted since federal forces retook control of it more than a year ago, according to the Financial Times.

Prices for the U.S. benchmark were down 6.2% for the week. A late-week recovery for WTI allowed the benchmark to halt what had been a record 12-session streak of declines, which took it on Tuesday down to $55.69 on the New York Mercantile Exchange. It was the lowest closing price for a front-month contract since Nov. 16, 2017, according to Dow Jones Market Data. The December contract expires at Monday’s settlement.

Global benchmark January Brent LCOF9, +0.72% added 14 cents, or 0.2%, to $66.76 a barrel on Friday. Its close at $65.47 a barrel on ICE Futures Europe, also on Tuesday, meant it officially joined its U.S. counterpart in a bear market, defined as at least a 20% pullback from a recent high. The contract saw a roughly 4.9% retreat from where it finished last Friday.

“Price reaction to the U.S. inventory data shows that negative news is now largely priced in …this was the eighth consecutive weekly rise in U.S. crude oil stocks, during which time stocks soared by a total of 48 million barrels. This highlights the need for OPEC to cut production,” said Carsten Fritsch and the commodities team at Commerzbank, in a note.

Yet the price drop prompted the Organization of the Petroleum Exporting Countries and its allies, including Russia at that time, to signal last weekend that it could enact a joint production cut. Such a move would come just months after the group decided to ramp up production after more than a year of holding back output.

“The Saudis cannot be too happy with Trump’s [Iran sanctions] wavers, suggesting OPEC will cut production of 1.4 million barrels, while risking the wrath of President Trump,” said Stephen Innes, Asia-Pacific head of trading at Oanda, in an email update. For the time being, “looming production cuts will act as a foil to the downside risk from shockingly high U.S. inventory builds.”

Offering a clue on the production outlook, Baker Hughes BHGE, +0.39% on Friday reported that the U.S. oil-rig count rose for a second week, up by 2 at 888 this week.