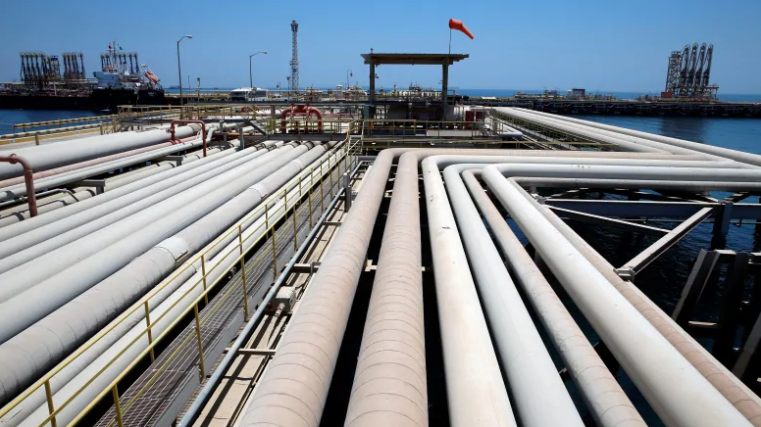 As OPEC production cuts kick in, benchmark contract has been rising

After a sharp downturn in December, oil prices have recovered, with the benchmark North American contract nearing the key $50 US a barrel threshold, before sinking back again.

The West Texas Intermediate contract was up 73 cents at the close of trading on Monday at $48.69 a barrel.

The stronger international prices helped buoy the Canadian contract, with Western Canada Select up $2.66 to $38.02.

A strong energy sector and gains in technology and consumer stocks helped the TSX/S&P index rise by 77 points to 14,501. Stocks have been volatile for the past four weeks amid uncertainty over oil prices, trade wars and the economic outlook.

The loonie also strengthened, rising .43 of a U.S. cent to 75.2 cents US after plunging in December in tandem with oil.

Oil edged higher as cuts in production promised by the Organization of Petroleum Exporting Countries are kicking in, and tanker volumes out of Saudi Arabia were cut by 500,000 barrels per day in December.

There is also lower output from the North Sea and from Alberta, which has implemented production caps because it doesn’t have sufficient pipeline capacity to get its crude to market.

OPEC and non-OPEC countries such as Russia, have agreed to cut production by 1.2-million barrels a day in January.

On Monday, the Saudis began hinting they’d cut further, perhaps to as low as 7.1 million barrels a day, in a bid to boost oil prices higher, according to the Wall Street Journal.

The exception to this declining output is U.S. production, primarily shale oil, which rose 12 per cent in the past month, according to the latest figures from the U.S. Energy Information Administration.

Oil’s slide in December was tied to fears about a decline in economic growth as the U.S. and China continue their trade war.

“We expect that the oil market will balance at a lower marginal cost in 2019 given: higher inventory levels to start the year, the persistent beat in 2018 shale production growth amidst little observed cost inflation, weaker than previously expected demand growth expectations (even at our above consensus forecasts) and increased low-cost production capacity,” its report said.