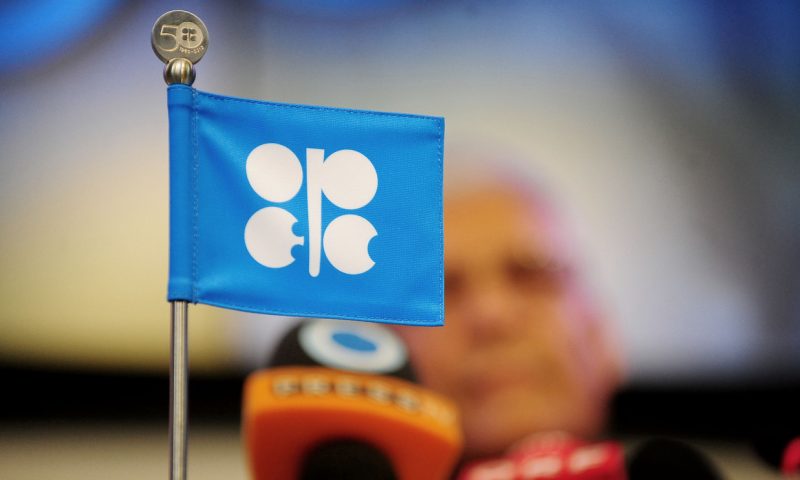 Oil futures ended lower on Wednesday, but off the days lows as the U.S. government reported that domestic crude supplies edged higher in the latest week, while oil stockpiles at the nation’s storage hub and inventories of gasoline and distillates declined.

The Energy Information Administration reported Wednesday that U.S. crude inventories rose by 1.2 million barrels for the week ended June 12. That compared with a forecast by analysts polled by S&P Global Platts for an average decline of 3.5 million barrels. The American Petroleum Institute on Tuesday, however, reported a rise of nearly 3.9 million barrels.

Traders also parsed a monthly report released Wednesday from the Organization of the Petroleum Exporting Countries, which forecasts global oil demand will decline in the second half of the year, but at a much slower pace than the first half, which was marked by lockdowns of businesses to limit the spread of COVID-19.

“Any hopes around oil prices pushing higher in the short term have been squashed by global growth concerns, rising U.S. stockpiles and coronavirus related developments,” said Lukman Otunuga, senior research analyst at FXTM. “The road ahead for oil is filled with many obstacles as concerns over fresh outbreaks of coronavirus cases create demand-side uncertainties.”

“Given how the technical picture mirrors the fundamentals, the path of least resistance for oil points south, with $40 acting as a potential ceiling for WTI crude if nothing changes on the macro front,” he told MarketWatch.

The EIA data also showed crude stocks at the Cushing, Okla., storage hub fell by about 2.6 million barrels for the week, but weekly stocks in the Strategic Petroleum Reserve climbed by 1.7 million barrels.

In a report dated Tuesday citing sources, the Oil Price Information Service said Marathon Petroleum Corp. MPC, -3.90% isn’t likely to restart its 161,000 barrels per day refinery in Martinez, Calif. this year. Refinery operations were idled in April as stay-at-home orders in the state from mid-March significantly slowed demand for fuel.

Sources said fuel demand has not improved to the point where a restart of the complex is likely in 2020, according to the report. “The idling of the Martinez [refinery] in late April tilted gasoline supply toward a more balanced market, but prospects for diesel and jet fuel in the region have soured,” the report from OPIS said.

Oil prices gained on Tuesday after the International Energy Agency said that, while the world’s demand for crude will drop by 8.1 million barrels a day in 2020, “the largest in history,” demand in 2021 will bounce back by 5.7 million barrels a day, the “largest one-year jump ever recorded.”

Overall for 2020, the OPEC report forecast a decline of 9.1 million barrels per day in world oil demand, unchanged from the previous month’s forecast, but it raised its forecast for non-OPEC production this year.

Given all of that, this was “probably a net bearish report, though I think they are somewhat overcautious regarding demand growth,” Marshall Steeves, energy markets analyst at IHS Markit, told MarketWatch.

On Thursday, an OPEC-led meeting of the Joint Ministerial Monitoring Committee, or JMMC, will be held via video conference to review compliance with the recent global production cuts.

Asian markets slip as global rally eases off the accelerator