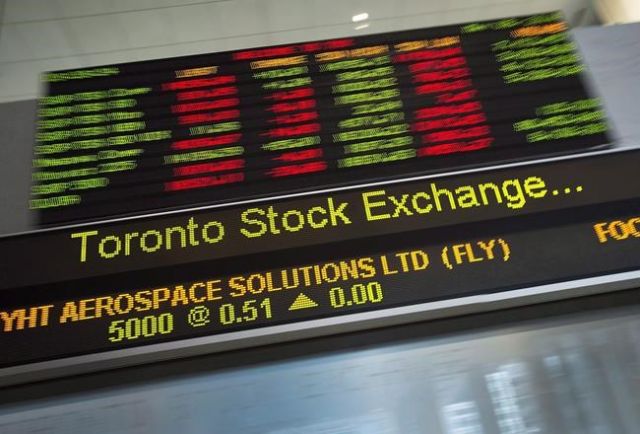 The Canadian dollar was pushed to its highest level in September on Wednesday after crude oil prices hit a two-month peak.

She said crude prices rose on the report that said U.S. refinery demand was strong amid increasing global economic growth.

“You’re seeing supplies being reduced and of course on top of that you have some geopolitical uncertainty supporting prices,” she said referring to the potential for supply disruptions from Iran and the hurricane that struck North Carolina.

Fiera has a mid-$70s target for oil and an 83 cents US target for the Canadian dollar.

She said the march up to these levels in the coming months depend on how things develop on the trade front. The optimistic outlook would be undermined by a breakdown in NAFTA negotiations or a full-blown trade war between the U.S. and China.

But Bangsund says her base case doesn’t include those eventualities.

The market was pulled down by the health-care sector, telecom and industrials, while metals and gold both gained almost 1.5 per cent.

7 reasons why you shouldn’t fear a market crash, according to Tony Robbins