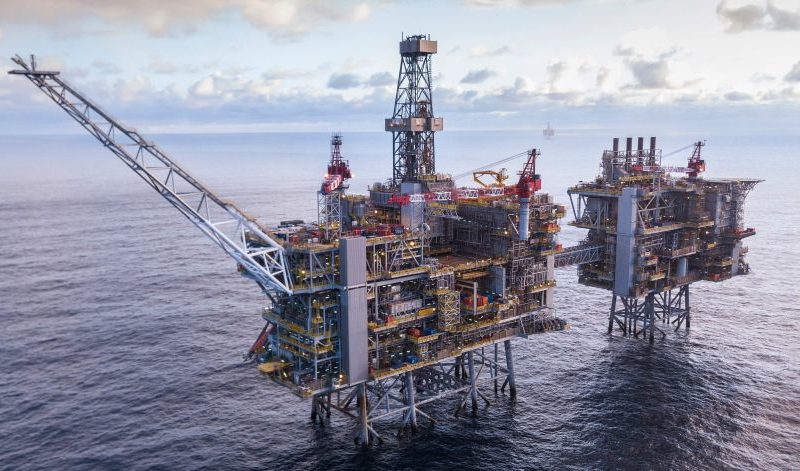 Global Growth: The strength of the global economy once again came into question Friday after Chinese data showed a slowdown in industrial production in November. Meanwhile, growth in retail sales fell to its lowest level in more than 15 years.

Dollar Pressure: A stronger U.S. dollar, combined with volatile equity markets, have weighed down crude, said Giovanni Staunovo, commodities analyst at UBS Wealth Management. Dollar-denominated commodities like oil tend to have an inverse relationship with the greenback, which was up 0.3% Friday, according to the WSJ Dollar Index.

But Mr. Staunovo said that overall “I would think oil prices are in a position of stabilizing around this level,” aided by planned production curbs from the Organization of the Petroleum Exporting Countries and its allies outside the cartel, including Russia.

IEA Report: The International Energy Agency said Thursday that commercial oil stocks in the Organization for Economic Cooperation and Development rose by 5.7 million barrels in October to stand at 2.872 billion barrels. That marks the first time commercial petroleum inventories were above the latest five-year average since March.

OPEC+: Oil-market participants continue to weigh whether a decision by OPEC, de-facto led by Saudi Arabia, and production allies led by Russia to cut crude output by a collective 1.2 million barrels a day next year will be enough to mop up a burgeoning oil-supply glut. Prices had initially risen on news of the deal last Friday by as much as 5%, before paring some of those gains at the start of this week.

“It will be chiefly up to OPEC, and Saudi Arabia above all, to bring the oil price under control by complying strictly with the agreed production cuts,” analysts at Commerzbank wrote in a note Friday. “Saudi Arabia therefore intends to reduce U.S. exports in the short term,” they added.

Rigs: The number of rigs drilling for oil in the U.S. fell by four in the past week to 873, according to Baker Hughes, signaling slowing production. The U.S. oil-rig count is typically viewed as a proxy for activity in the sector.

How the global trade in tear gas is booming