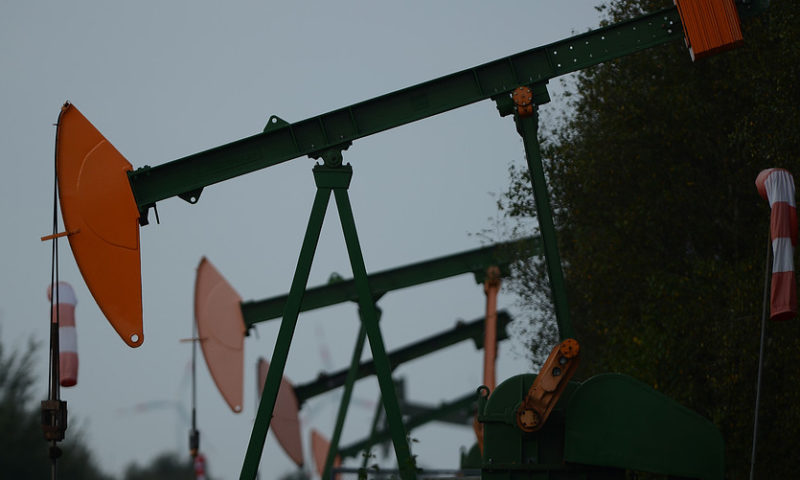 U.S. oil prices were clawing back gains Monday, after last week saw the worst one-day loss for the futures contract in roughly three years, as investors grappled with supply issues ahead of an OPEC meeting.

Prices look to recoup some of their hefty losses from late last week, but “the downward pressure on oil is still there from surging supply and a slowdown in demand growth, which is expected to result in an oil supply overhang by next year,” analysts at ICICI Bank wrote in a Monday note.

Perceived riskier assets such as oil and equities, which were also pummeled last week, could get a boost if a high-stakes meeting between U.S. President Donald Trump and Chinese President Xi Jinping at the Group of 20 gathering in Argentina later this week yields a long-awaited trade breakthrough.

“Next to [the] Xi-Trump G-20 meeting, today’s gossip is swirling about Saudi and Russian oil ministers said to be planning a trip to Buenos Aires, which is raising some hopes that some form of rebalancing agreement will come to fruition,” said Stephen Innes, head of Asia Pacific trading at Oanda, in a note to clients.

The oil market is waiting for a meeting of members of the Organization of the Petroleum Exporting Countries scheduled for Dec. 6, which is being overshadowed by concerns of a looming global oil glut. The cartel may be considering a solution to rebalance supply, but keep prices from leaping higher, by retaining output targets that were set back in 2016, The Wall Street Journal reported, citing sources.