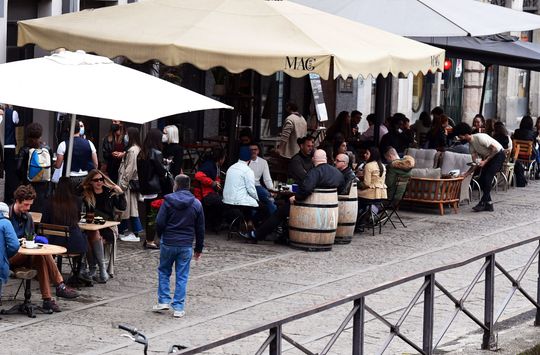 European stocks struggled for gains on Wednesday, though energy companies got a lift as oil prices pushed further into record territory.

Strength in those shares came as U.S. and global benchmark prices settled at the highest levels in more than two years on Tuesday, after the Organization of the Petroleum Exporting Countries and its allies agreed to keep a plan to gradually lift oil production through July in place. West Texas Intermediate CL.1, 1.26% and Brent crude prices BRN00, 1.20% were moving above those record levels on Wednesday.

U.S. stocks DJIA, 0.12% SPX, 0.19% COMP, 0.06% opened mostly flat, as investors took to the sidelines ahead of data for the rest of this week that will bring important updates on employment. Worries about inflation and how the Federal Reserve may manage it are simmering in the background, ahead of an expected strong rise in U.S. hiring for May.

“Wednesday could be a day where the markets tread water, saving their energies for the U.S. jobs focused sessions on Thursday and Friday, which bring the unemployment claims and latest nonfarm data respectively,” said Connor Campbell, financial analyst at Spreadex, to clients in a note.

Data from the eurozone showed April producer prices rose by 1% in the euro area and 0.9% in the European Union overall, according to estimates from Eurostat, the statistical office of the EU. The 1% gain was higher than the 0.9% expected by analysts, according to FactSet Research.

Among stocks on the move, shares of Interpump Group IP, 6.31% topped the Stoxx 600’s gainers list, rising 6% after the Italian maker of high-pressure water pumps announced the signing of a binding agreement for the purchase of the White Drive Motors & Steering business unit from Denmark-based engineering company Danfoss Group.

Wizz Air shares WIZZ, -0.06% fell 0.9%, after the Central and Eastern European low-cost airline swung to a pretax loss for fiscal 2021, as revenue fell due to the COVID-19 pandemic’s effect on air travel. The company warned that it could see a net loss for fiscal 2022 unless restrictions are removed quickly and permanently.