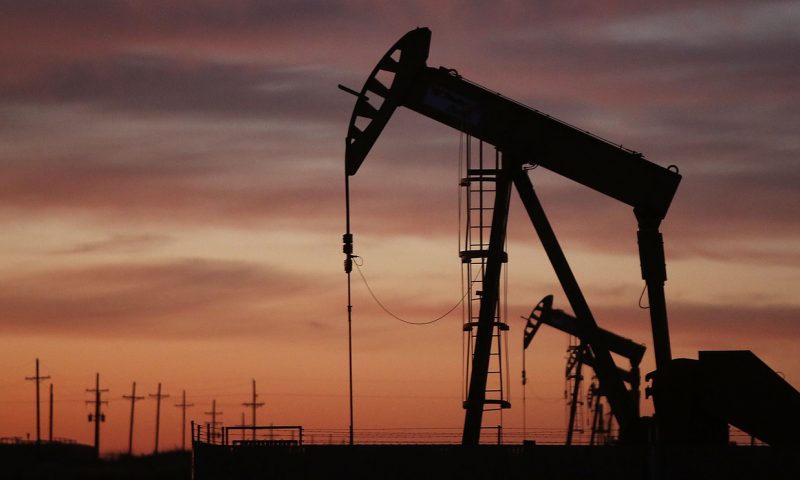 Oil futures rallied Monday to post their highest settlement in more than two months, supported in large part by efforts to rebalance a supply-demand dynamic that has been blown out of whack due to the debilitating effects of the COVID-19 pandemic.

West Texas Intermediate crude for June delivery CLM20, 1.35% rose $2.39, or 8.1%, to settle at $31.82 a barrel on the New York Mercantile Exchange. Based on the front-month contracts, prices marked their highest finish since March 11, according to Dow Jones Market Data. On Friday, prices logged a weekly gain of 19%.

The June contract expires at Tuesday’s settlement and investors have been attuned to the potential for volatility in crude prices after the May contract marked a historic traverse into subzero territory on April 20.

“WTI has seen a rally as shorts in the market get caught struggling to deliver into the market due to logistics constraints around ability to access pipeline,” said Chris Midgley, head of analytics at S&P Global Platts, in emailed commentary. “This contrasts with the experience last month, where participants suffered due to an inability to take physical delivery at land-locked” Cushing, Okla., the U.S. storage hub.

On the eve of the expiration of the May WTI contract, futures prices on April 20 settled at a negative price, implying that investors would need to pay buyers to take delivery of crude oil amid dwindling storage space.

Actions taken by the Organization of the Petroleum Exporting Countries and their allies to cut some 9.7 million barrels a day in oil through the end of June have helped to stem a flood of crude that had failed to attract buyers as economies came to a screeching halt to curtail the spread of the worst pandemic in more than a century.

Bullish oil investors have also become more optimistic as Saudi Arabia said it would cut an extra 1 million barrels a day in June, with the United Arab Emirates and Kuwait also contributing more than their targeted reductions.

Monday’s oil-price climb reflects “optimism in the market, but further upside will most likely be limited due to higher oil stocks and constraints around U.S. supply,” said Midgley.

Around the world, over $100 billion of capital expenditures have been cut and the U.S., declines in the active rig count indicate “much lower activity,” he said. There is “plenty” of spare OPEC+ oil production capacity that they may use to add “more oil onto market if prices recover further but they won’t want to stimulate U.S. shale” output.

“With oil around $30, U.S. shale remains under pressure and we expect further bankruptcy filings as smaller companies struggle to service debt,” said Midgley.

Crude-oil production from seven major U.S. shale plays is forecast to decline by 197,000 barrels a day in June to 7.822 million barrels a day, according to a report from the Energy Information Administration released Monday.

Data from Baker Hughes BKR, +11.48% on Friday showed that the number of active U.S. rigs drilling for oil dropped by 34 to 258 last week. That decline represents a nearly 60% tumble in active rigs since a recent peak count back in March, which Rystad Energy says may be the biggest such drop ever recorded.

At the same time, demand is looking up. “A potential coronavirus vaccine showed positive results in a Phase 1 trial” and there are reports that China’s crude demand is almost back towards pre-virus levels, said Edward Moya, senior market analyst at Oanda, in a market update. “With much of the U.S. entering reopening mode, crude demand seems like it will continue to improve over the coming weeks.”

Midgley, meanwhile, also said crude-oil demand is “partially recovering, as people return to cars,” he pointed out that “other areas such as jet are seeing much longer U-shaped recoveries.”

“The net effect is oil demand is 700k b/d below 2019 levels, effectively representing a two-year loss of oil demand growth amounting to 3-4 million b/d,” he said.

She points out that Baker Hughes reported a decline of 35 in the total U.S. rig count for the week ended May 15 and that has “translated to significant declines in associated gas production, with total gas production down an estimated 6% compared with early March levels.”

“Additionally, as state economies begin to reopen amid easing of social distancing measures, gas demand from the commercial and industrial sectors may begin to recover in the upcoming weeks,” she said.