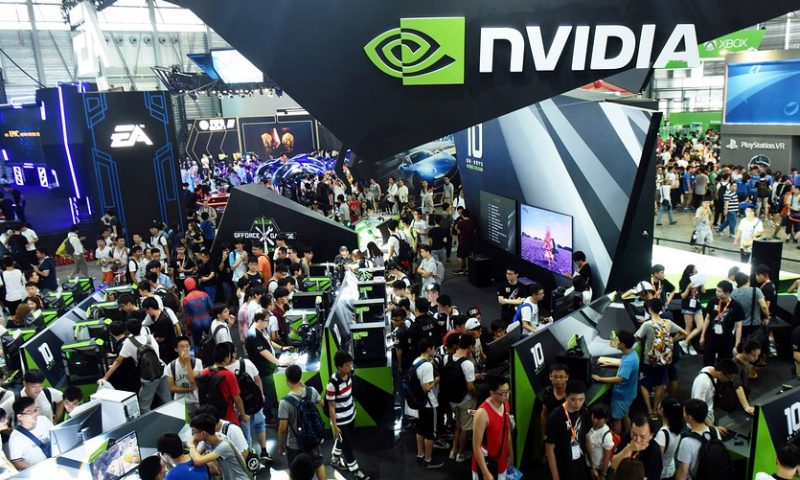 Nvidia Corp. can’t predict what will happen the rest of the year, and analysts on a whole disagree on what that means for the stock.

After Nvidia reported an earnings beat Thursday afternoon but pointedly did not reiterate earlier annual guidance, analysts were split about what to do with that information Friday: Five dropped their price targets and seven increased their targets, according to FactSet. But no analysts tracked by the service actually changed their rating on the company, and most said nothing that Nvidia reported was truly surprising.

“We had thought that guidance was too aggressive in the first place (we suspect many investors did also), and our estimates already reflected a more conservative view,” Raymond James analyst Chris Caso wrote while maintaining a $180 price target.

Nvidia NVDA, -2.28% shares gained as much as 7% in after-hours trading after the report was released Thursday, but headed back down after Nvidia declined to reiterate its forecast and admitted that visibility into a rebound for data-center sales was low. That pattern continued Friday: Shares gained as much as 3.5% early in Friday’s session, but took a hit toward the end of the session in a widespread downturn that damaged large indexes like the S&P 500 index SPX, -0.58% and Nasdaq Composite Index. COMP, -1.04% Nvidia stock closed down 2.3% and the PHLX Semiconductor Index SOX, -1.96% dropped 1.7%.

Nvidia’s datacenter business showed its first year-over-year decline that most analysts have tracked, and admitted that visibility into that market is low. Analysts proved that second point by disagreeing about whether a recovery is on the way — for example, Needham analysts “do not expect a data center snapback in 2H19,” while Jefferies analysts believe “data center spending recovers in 2HCY19” because “past periods of above trend line datacenter spend on processors took 2-to-4 quarters to digest in aggregate.”

Bernstein analyst Stacey Rasgon seemed to tease out the reason it is hard to determine a true takeaway from Nvidia’s data-center weakness: While it is consistent with information from other chip companies, it seems to be worse at Nvidia right now.

“Nvidia suggested weakness is purely cyclical (digestion by hyperscale vendors) which is not necessarily implausible overall, though their performance seems worse than peers (and is worse than it appears given a sharp YoY increase in inference, suggesting core training/HPC is down much more than the total),” Rasgon wrote, while lowering his price target to $150.

Adding to the confusion was a bounceback for Nvidia’s core gaming business, which finally moved past the “crypto hangover” and back toward the type of performance expected when the new Turing gaming chips launched last year. Nvidia stated that it expects gaming to fully return to normal revenue levels — about $1.4 billion a quarter, according to Wells Fargo analyst Aaron Rakers — sometime this quarter or next, thanks to help from Nintendo Co. Ltd. NTDOY, +0.00% 7974, +2.20%

“Somewhat surprising, implied Gaming guidance beat our expectations, helped in part by a strong return of Nintendo Switch sales as the Japanese company is expected to launch a cost-reduced version of the device,” wrote Sig Susquehanna analyst Christopher Rolland, who reiterated his positive rating and $215 price target.

Raymond James’s Caso noted that those Switch sales will come at a much smaller margin than usual for Nvidia, though he wrote that could be offset by gains in high-end gaming laptop sales and data-center improvements.

“It appears to us that Nvidia’s sequential automotive growth momentum might have stalled, allowing Intel/Mobileye to pull ahead in the autonomous driving chip market,” wrote Wong, who maintained a $145 price target while also noting that Nvidia faces competitive pressure from Advanced Micro Devices Inc. AMD, -1.82% in the data-center market.

Overall, more than half — 22 of 38 — the analysts tracked by FactSet rate Nvidia stock the equivalent of a buy, while 13 consider it a hold and 3 call it a sell. The average price target Friday morning was $183.10, 13.1% higher than the going rate.