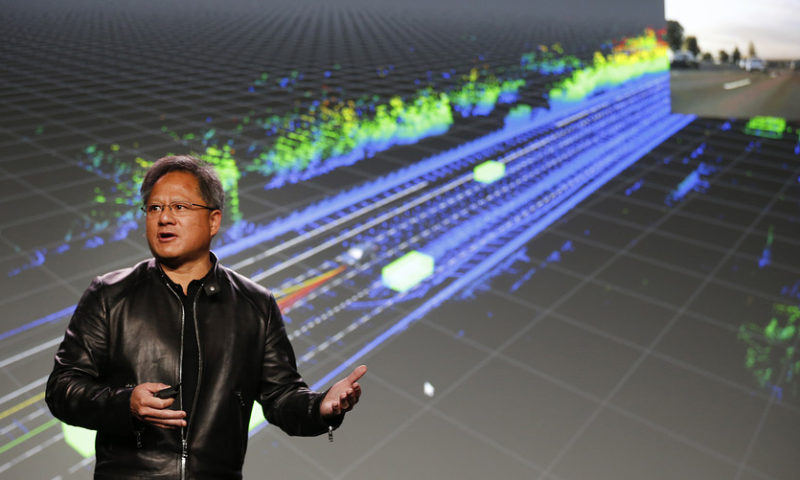 Shares of Nvidia Corp. had their best single-day performance since April after an analyst said he saw more than 40% upside for the stock.

Evercore’s C.J. Muse boosted his price target on the shares to $400 from $300 on Friday, making him the most bullish analyst tracked by FactSet. He thinks the company’s deep-learning platform is nearing a major breakthrough and predicts that Nvidia’s NVDA, +5.09% stock will continue to post strong gains as the company deepens its artificial-intelligence push.

“We view Nvidia as being on the cusp of a tipping point in the company becoming the AI standard platform,” Muse wrote. He sees a number of applicable business areas, including gaming, high-performance computing, pro visualization, transportation, health care, and autonomous machinery.

Muse is also optimistic about the company’s Turing gaming cycle, writing that ray tracing and deep learning super sampling are the “killer app” that will get GPU gamers to move up the technology stack. Muse sees an “elongated” gaming cycle and cited positive initial reviews for ray tracing, which is a type of image rendering.

“On the demand side, we believe that the lack of availability of Gaming GPUs at normal pricing has created considerable pent-up demand amongst gamers which should drive incremental demand through the holiday season,” he wrote.

Muse left recent meetings with Nvidia’s management team feeling incrementally more upbeat about the company’s ability to “redesign the entire stack to optimize for specific end market domains,” and he said that Amazon.com Inc. AMZN, -0.50% did something similar with its AWS platform.