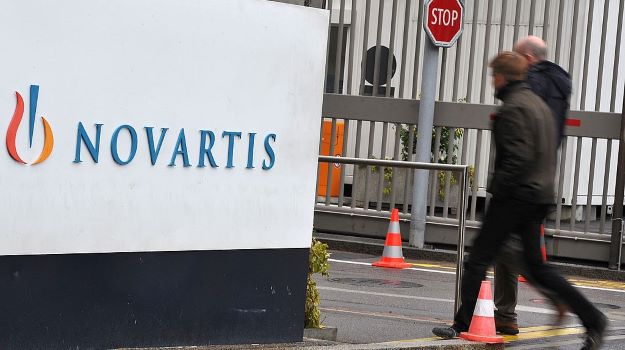 Novartis announced that the Phase III CANOPY-2 trial of canakinumab failed to meet the primary endpoint of overall survival (OS). The drug was being evaluated in 237 adults with locally advanced or metastatic non-small cell lung cancer (NSCLC) whose disease progressed while on or after previous platinum-based chemotherapy and checkpoint inhibitor immunotherapy.

The company plans to continue to analyze the data. Two Phase III CANOPY studies are continuing, testing the drug in first-line and adjuvant settings.

“While results from the CANOPY-2 trial are not what we hoped for in patients with advanced or metastatic non-small cell lung cancer who have been treated with other lines of therapy, these data give us valuable insights into IL-1beta inhibition,” said John Tsai, head of Global Drug Development and chief medical officer of Novartis. “Ongoing Phase III studies in non-small cell lung cancer continue, evaluating canakinumab in earlier treatment settings. We sincerely thank the patients and clinical investigators involved in the CANOPY-2 study for their partnership.”

CANOPY-1 is studying canakinumab with immunotherapy and chemotherapy, and is expected to provide final data before the end of the year. CANOPY-A, also a Phase III trial, is testing canakinumab as an adjuvant therapy. It has enrolled more than 950 patients so far and plans to enroll a total of 1,500 patients.

Canakinumab has an interesting history. Novartis initiated a clinical trial in about 10,000 people about 10 years ago for cardiovascular indications. By 2017, the study failed to demonstrate enough cardiovascular benefit for approval. However, in analyzing the data, Novartis researchers noted that patients who received the drug were 77% less likely to die of lung cancer than people in the trial who didn’t receive the drug.

Unfortunately, as today’s announcement underlines, though intriguing and promising, the drug may not be enough, at least for the toughest cancers. The rationale for why 77% of people resulted in decreased lung cancer deaths was that the drug potentially blocked a kind of inflammation that helps and protects tumors instead of killing them.

C. Michael Gibson, an interventional cardiologist at the BAIM Institute for Clinical Research in Brookline, Massachusetts, who has a long history of involvement in cardiovascular drug trials, tweeted, “This is why non-prespecified findings from randomized trials should only be viewed as hypothesis-generating and why the results should be prospectively validated.”

The company hasn’t given up on the drug. This study was in the most advanced lung cancer patients, which are the most difficult to treat. The other studies are evaluating the drug in newly diagnosed patients and as adjuvant to prevent recurrence.

Flame Biosciences launched in October 2020 with a $100 million financing round. The fledgling company is also focused on IL-1beta and they argue their drug is 10 times more potent than canakinumab.