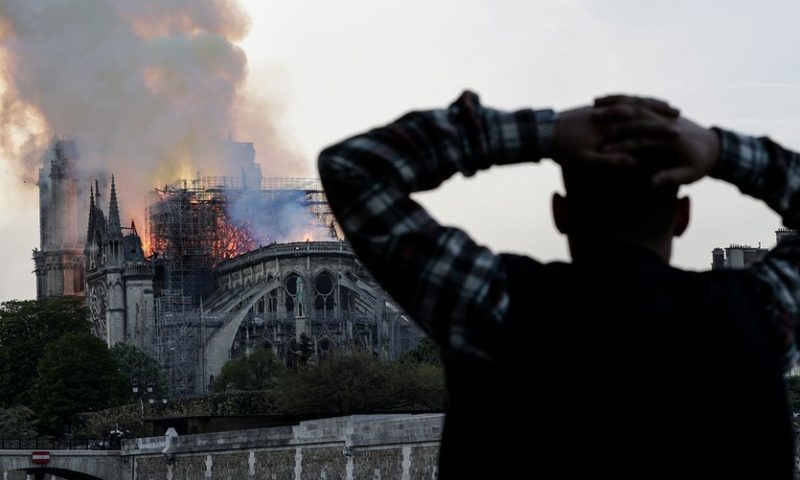 The French government is technically on the hook here

After Notre Dame’s disastrous fire Monday, one big question was what sort of insurance policy could possibly be a backstop to help rebuild the 856-year-old world landmark filled with invaluable rarities?

The vaunted cathedral has no insurance, a spokesman for the French Consulate in New York City told MarketWatch.

France owns Notre Dame, just like it owns all religious buildings erected before 1905, he said.

“The French State is self-insured for Notre Dame. It has no insurance. It is supposed to cover its own costs,” spokesman Paul Gadel said.

He noted the French State “is charged with maintenance and renovation of those buildings, which it lends to the Church for free.”

While France might be technically on the hook, it’s hardly the case that the country will have to drum up funds alone.

French banks and billionaires have pledged massive sums for the rebuilding effort. And online, hundreds of GoFundMe campaigns have also sprouted to raise money, a GoFundMe spokesman said. As of Tuesday afternoon, some $790 million had been pledged, the Wall Street Journal reported. The repair costs have been estimated to be somewhere in the range of $8 billion, according to Reuters.

Robert Read, head of art and private client at the insurer Hiscox, said he’d expect that the country would cover its own costs at Notre Dame. “Buildings of this sort of cultural importance are often covered by the state.”

“The French state is huge, bigger than any insurer, so they are likely to self-insure not only the building but also the important artifacts it contained,” Read said. However that’s not the case for any pieces in the church that were on loan from elsewhere, he said. Those items would be insured by their owners, Read said.

He said the contractors working at the church would be insured themselves, having liability policies.

“Typically that would provide cover to them with a limit somewhere in the 10s of millions of euros. But, if they are found to be liable, that is going to be a drop in the ocean compared to what the actual cost of restoring the cathedral is,” Read said.

He estimated it could be up to 20 years to bring the church to its former glory.

“But if there is a silver lining to an otherwise very dark cloud, the building will be reborn through all of these efforts and I think we will see something very special rise from the ashes.”

This one skill separates the best financial advisers from the rest

UnitedHealth stock falls despite earnings beat, signaling investor jitters over ‘Medicare for All’