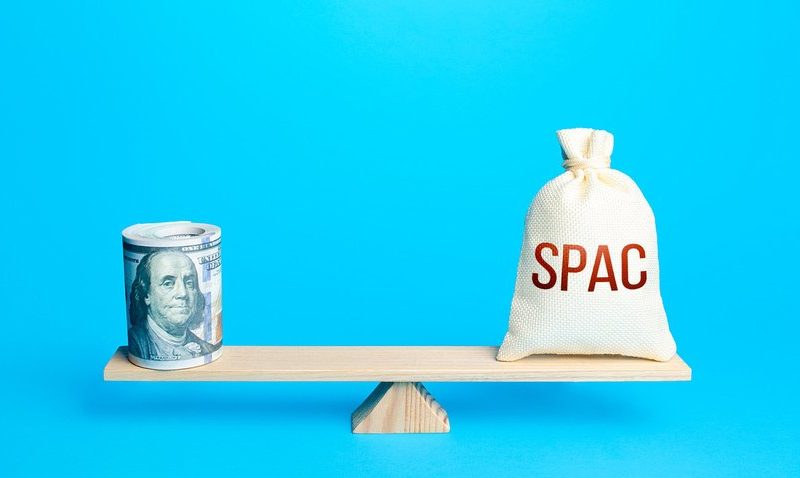 It was the hottest acronym on the market in late-2020 and the first half of 2021, but SPAC appears to carry with it more baggage these days as biotechs are less eager to ink mergers with blank check companies.

Special purpose acquisition company transactions that appeared to be nearly done deals are faltering left and right. Flagship Pioneering-incubated Valo Health terminated its $750 million deal with Khosla Ventures’ blank check in November 2021 after a June 2021 agreement. The company had even expanded its private investment in public equity, or PIPE, days before the parties reneged on the tie-up.

Khosla and Valo ended the agreement due to “market conditions.”

A source with knowledge of the deal told Fierce Biotech that Valo had been approached by a number of SPACs and Khosla was chosen because of its “technology chops and investors,” the person said on condition of anonymity. Instead, the clinical-stage company will soon launch a series C that could set it up for a solo public market debut by year’s end, the source said.

Medtech is catching the headwinds, too. Heart disease diagnostics company HeartFlow nixed its agreement with the SPAC Longview on Feb. 4 due to “unfavorable market conditions” after originally linking arms in July 2021.

“I do get the feeling people are being a little bit more, shall I say, realistic and pragmatic maybe about this,” said Otello Stampacchia, Ph.D., founder of VC shop Omega Funds and leader of its Omega Alpha SPAC, in an interview. Omega Alpha went public in January 2021 and has yet to seal a combination agreement because “several conversations” did not bear fruit, mainly for valuation reasons, he said.

With the public market looking less frothy by the day for all biotechs, and a host of challenges like valuation agreement, SPACs have become “less attractive than other potential alternatives,” Stampacchia said. It’s “understandable” that biotechs will make comments like that, he said, noting Omega Alpha also wants the right valuation to appease its shareholders.

“We want to do the right thing for our investors, and we want to build something that stands the test of time. And we’re not afraid of not transacting if it doesn’t make sense,” Stampacchia said. His VC shop raised its largest and seventh fund at $650 million in December.

SPACs must pick a target within a certain timeline. Omega Alpha has about one more year to pick a company.

Omega isn’t looking to forge three, four, five SPACs like some serial backers, so the sponsor wants to be successful on its first and only go at the blank check route, Stampacchia said. Social Capital is an example of those serial SPAC backers. The fund has launched four SPACs, two of which inked deals last month: prescription video game maker Akili and kidney cell therapy biotech ProKidney.

The market should expect more serial backers but fewer new entrants, said Jordan Saxe, head of healthcare listings at Nasdaq, in an interview. Saxe said there are about 65 healthcare SPACs currently looking for deals.

“I don’t think you’re going to see all these new people launching SPACs in healthcare that haven’t done it before. I’ve talked to a few people who have done it, and they’re like, ‘This is harder than I thought it would be,’” Saxe said.

For new SPAC mergers to happen, though, biotechs should wait for private investor enthusiasm, through the PIPE market, to return. PIPEs are crucial for companies that need more capital than just the amount raised in the SPAC’s IPO. The private investment in public equity is essentially a funding round that is done in conjunction with the blank check merger to provide the acquired company with more cash.

“You’d have to see the PIPE market opening, and from my understanding, it has closed very hard,” the source who spoke to the Valo deal said.

RBC Capital Markets flagged PIPEs as a clear differentiator between the traditional crossover round to IPO path versus going the shell company route in a podcast from March 2021, during the heyday of SPACs.

“[O]ne consideration obviously is the sponsor you’re working with in the SPAC; their ability to drive a syndicate of demand around a potential PIPE; and providing that third-party validation and valuation visibility that you’ll get as well, potentially, through the crossover to IPO path,” said Jason Levitz, RBC’s head of healthcare equity capital markets, in the note.

Valuation visibility doesn’t always translate into reality, though. Projections are no match for what actually happens once a biotech begins trading. Many companies that elected to go the SPAC route are experiencing the worst of biotech’s public market woes. For many of them, their shares have tumbled after emerging on Wall Street post-SPAC.

“Should others be trading at $2, $6? Absolutely not,” said another source with knowledge of the Valo deal, noting that biotechs that have made it onto the market via shell company mergers should be trading higher to match the value of their science and technology.

That $2, $6 example is not far off the mark. Many of the biotechs that went public via a reverse merger last year are now trading well below the $10 that most SPACs price at.

Roivant Sciences is fluctuating toward $7 per share; Celularity and Effector Therapeutics are both trading at roughly half of their original $10 price; and Gemini Therapeutics has cratered to $1.70 per share. Pardes Biosciences and Cerevel Therapeutics are relative outliers at $11.30 and $28.31 apiece, respectively, as of 10:37 a.m. ET on Monday.

In a potential sign that SPAC interest is waning, multiple SPAC sponsors declined to make executives available for this article.