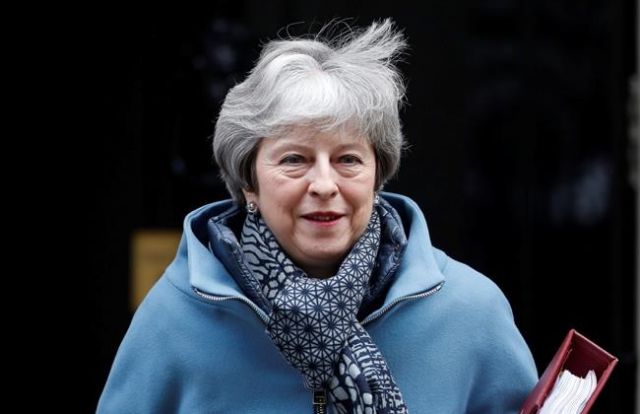 Businesses in Britain and the European Union need to prepare for the possibility the U.K. will leave the bloc in March without an exit deal, senior British and EU officials warned Wednesday, as a growing number of U.K. firms braced for disruption by stockpiling goods or shifting operations overseas.

“We know that the law in the United Kingdom says that on the 29th of March the European treaties will cease to apply to a U.K., so the only way we can stop that happening is to come to an agreement,” Fox told the BBC from the World Economic Forum in Davos, Switzerland.

In Brussels, the EU’s chief Brexit negotiator, Michel Barnier, said “preparing for a no-deal scenario is more important than ever — even though I still hope that we can avoid this issue and this scenario.”

Most U.K. business groups fear a “no-deal” Brexit will cause economic chaos by ripping up the trade rulebook and imposing tariffs, customs checks and other barriers between the U.K. and the EU, its biggest trading partner.

The Bank of England has said that in a worst-case scenario, a cliff-edge Brexit could trigger a deep recession, with Britain’s economy shrinking 8 per cent within months as unemployment and inflation soar.

Carolyn Fairbairn of the Confederation of British Industry said British politicians must rule out a no-deal Brexit, calling it “the only way to halt irreversible damage and restore business confidence.”

Warnings from industry have grown louder as Brexit day approaches. Airbus chief executive Tom Enders said earlier this month that uncertainty around the terms of Britain’s exit was “unbearable.”

Speaking at a business reception, he urged lawmakers to “stop filibustering around this issue, allow for an orderly, agreed Brexit and find an agreement with Brussels.”

So far, he has not been heeded. Britain’s fractured Parliament is due to vote on May’s proposal on Tuesday — and on rival plans, including attempts by groups of legislators to delay Britain’s exit and to rule out “no-deal.”

Pot sales up, retail down