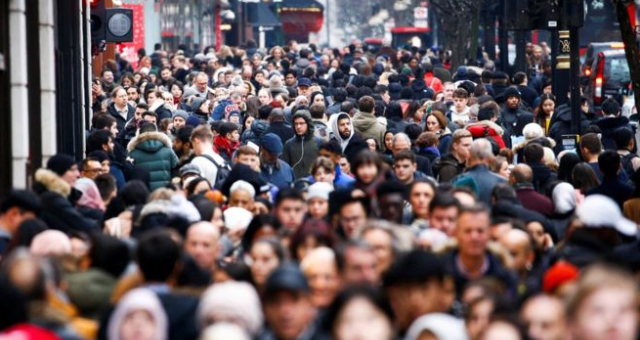 Public borrowing could double next year if there is a no-deal Brexit, the country’s spending watchdog says.

The Office for Budget Responsibility (OBR) said borrowing would be almost £60bn if the UK leaves without a deal – up from £29.3bn if it does get a deal.

The watchdog said this scenario was based on assumptions that a no-deal Brexit would cause a UK recession.

The UK is set to leave the European Union on 31 October.

Chances of a no-deal outcome appear to have risen recently, after both Tory leadership contenders said they would be willing to leave the EU without a deal.

The OBR was created in 2010 to give independent analysis of the UK’s public finances.

In its first assessment of the economic impact of a no-deal scenario, the OBR used IMF analysis that shows the UK economy would contract by 2% in 2020 before recovering in 2021.

This would come as tariffs of 4% were imposed on goods traded with the EU – up from zero currently – although the IMF does not expect there to be disruption at the border.

In this scenario, the OBR said that “heightened uncertainty and declining confidence” would deter investment, while higher trade barriers with the EU would “weigh on exports”.

“Together, these push the economy into recession, with asset prices and the pound falling sharply,” it said.

It said this could raise inflation and squeeze real incomes. It would also hit tax receipts, causing public sector borrowing to rise and leaving debt 12% higher by 2024.

The OBR added this was “not necessarily the most likely outcome” but also “by no means the worst case scenario”.

It also warned that both Conservative leadership contenders had made “a series of uncosted proposals for tax cuts and spending increases that would be likely to increase government borrowing by tens of billions of pounds if implemented”.

The forecast used by the OBR is less severe than those of the Bank of England and the Treasury.

In November, the Bank said a no-deal outcome could send the pound plunging and trigger a worse recession than the 2008 financial crisis.

The economy could shrink by 8% in the immediate aftermath if there was no transition period, the Bank said.

The Treasury meanwhile has predicted a £90bn hit to the economy by 2035 – although prominent eurosceptics dispute this view.

In a comment piece for the Telegraph newspaper earlier this week, Conservative backbencher Jacob Rees-Mogg called the forecast “silliness”, adding that a no-deal scenario could instead boost the economy by £80bn.

On Thursday, Mr Hammond said: “The report that the OBR has published shows that even in the most benign version of a no-deal exit, there would be a very significant hit to the UK economy.

“But that most benign version is not the version that is being talked about by prominent Brexiteers. They are talking about a much harder version that would cause much more disruption.”

John McDonnell, Labour’s shadow chancellor, said: “We know that a no-deal Brexit would devastate the UK economy and the public finances, and it comes on top of the failed economic approach for the last nine years.

“This warning makes it even more imperative MPs from across Parliament back today’s amendments to try and block the next prime minister from shutting down Parliament to force through a no-deal Brexit.”

Chuka Umunna, the Liberal Democrat business and treasury spokesman, said: “It would be unforgiveable to heap further stress and anxiety on families who are already struggling by deliberately pursuing a policy that the government’s own independent economic watchdog now says will result in a recession.”

The chances of a no-deal appear to have risen in recent weeks after both candidates in the race to replace Theresa May hardened their positions on the controversial Irish backstop – an insurance policy to prevent a hard border on the island of Ireland after Brexit.

Jeremy Hunt and Boris Johnson both said the backstop was “dead”, but the EU said it would not support any deal that excludes it.

In an interview with the BBC’s Panorama programme – conducted in May before the start of the Conservative leadership contest – the EU’s chief Brexit negotiator, Michel Barnier, said the UK would have to “face the consequences” if it opted to leave without a deal.

Mr Barnier said the thrice-rejected withdrawal agreement negotiated by Theresa May was the “only way to leave the EU in an orderly manner”.