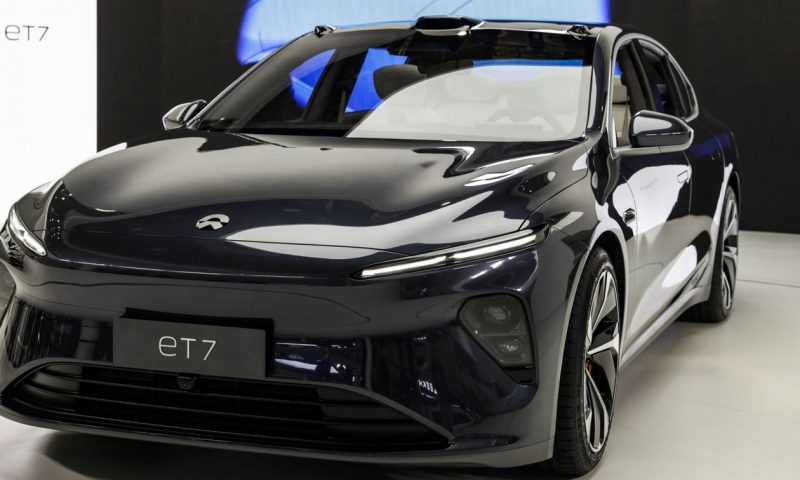 Electric-car maker guides for sales between 21,000 and 22,000 vehicles in second quarter

Nio Inc. late Thursday reported quarterly results and sales that were above Wall Street expectations, but renewed investors’ concerns about its supply chain and impact of the chip shortage plaguing the Chinese electric-car maker and other auto makers around the world.

Sales reached RMB7.98 billion, or $1.22 billion, up 481% year-on-year, mainly thanks to expanding deliveries from a small base last year and a “solid average selling price,” the company said. Vehicle margin reached 21.2% in the quarter, Nio said.

Analysts polled by FactSet had expected a loss around 10 cents per ADR and sales of $1.06 billion. The ADRs fell around 1% immediately after the results, but ended extended trading about flat, after closing the regular trading day down 5%.

Earlier this week, Tesla Inc. TSLA, +4.79% and Ford Motor Co. F, +2.49% reported first-quarter earnings and called attention to the ongoing chip shortage, which Ford said would “get worse before it gets better.”

“The overall demand for our products continues to be quite strong, but the supply chain is still facing significant challenges due to the semiconductor shortage,” Chief Executive William Li said in a statement.

Nio will continue to invest “in new products and core technologies, as well as in our service and power-network expansion, particularly battery swapping and charging facilities,” it said.