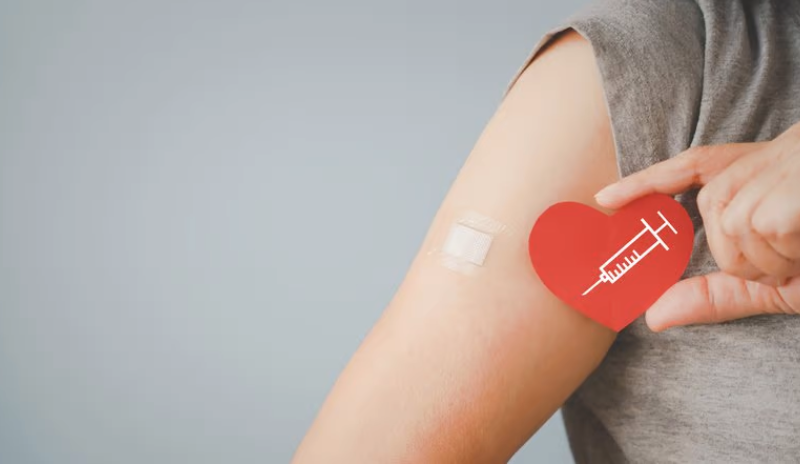 Researchers at the National Institutes of Health (NIH) are moving closer to the holy grail of the vaccine world: a universal flu shot.

An experimental vaccine from the NIH’s National Institute of Allergy and Infectious Diseases that protects against strains of influenza A virus in animal models is now moving into human studies. The shot has been shown to protect mice and ferrets from four strains of the influenza A virus, including potentially fatal strains from birds and pig, according to findings published July 13 in Science.

The seasonal flu causes as many as 650,000 global deaths each year. Because the virus mutates so quickly, a new vaccine must be developed every year, making it difficult to protect against the infection in the long term. Moreover, annual vaccines only fight circulating human strains and don’t offer protection against other strains that can emerge from animals.

To combat some of these issues, the NIH researchers developed a flu vaccine consisting of inactivated whole-virus avian subtypes of influenza A, which makes up most flu cases. Composed of subtypes H1N9, H3N8, H5N1 and H7N3, the vaccine also includes multiple viral proteins that trigger widely protective B- and T-cell responses.

The vaccine, which can be administered via injection or intranasally, protected mice and ferrets from various human, pig and bird flu strains. Compared to the control animals, vaccinated animals showed significant reductions in viral titers, lung pathology and host inflammatory responses.

The way the researchers created the vaccine is similar to current methods of production for seasonal flu vaccines, meaning manufacturing the candidate could be relatively simple and inexpensive. Additionally, no toxicity was observed in mice, ferrets or rabbits receiving the vaccine, suggesting that the candidate is likely safe in humans—although testing will, of course, be required.

The FDA has already approved an application to study the experimental vaccine in humans, with an initial phase 1 safety and immunogenicity study beginning this June at the NIH Clinical Center.

Researchers across the world have been attempting for years to develop a universal flu vaccine as it could spare scientists and pharmaceutical companies from the often inaccurate process of predicting the circulating strains each year and redesigning a vaccine to match them.

The new candidate could have broad application as both a prepandemic and a superseasonal flu vaccine that could be low-cost and easily distributed worldwide, the authors concluded.